Blockchain Technology is the Answer to Cybersecurity

Blockchain, which came into existence just under a decade ago, has largely been known as a public-distributed and transparent ledger for its first cryptocurrency - Bitcoin. However, over time, Blockchain technology has grown a lot further than just a ledger and has been applied for various purposes in different industries. One of the sections in which blockchain’s potential is being greatly considered is cybersecurity.

In recent years, cybersecurity has been a hot-button, especially with the recent incidents of Facebook, in which personal data leak hit 87 million users of Facebook around the world, resulting in the confrontation between the CEO and the US Congress as well as a 4-percent immediate fall in Facebook’s stock value. Both individuals and enterprises are paying more and more attention to data protection and privacy, as it is not only a matter of reputation but also of safety, security, and political integrity.

In the simplest form, we can understand blockchain as digital public distributed ledgers, which record the transactions of cryptocurrencies while requiring volunteer parties to participate and verify the transaction to ensure its validity. Only after the data is verified using extremely complicated mathematical algorithms would the “block” containing the information be added to the “chain” of transactions. So blockchains are distributed, decentralized networks that can be accessed by millions of users around the world. There is no central authority in the network; any participant can store the whole storage in their own computer. Therefore, every individual is responsible for verifying data being added to the network is valid and accurate. The people who do the algorithms-solving tasks are called miners. Once the blocks are successfully mined, miners are rewarded with BTC. 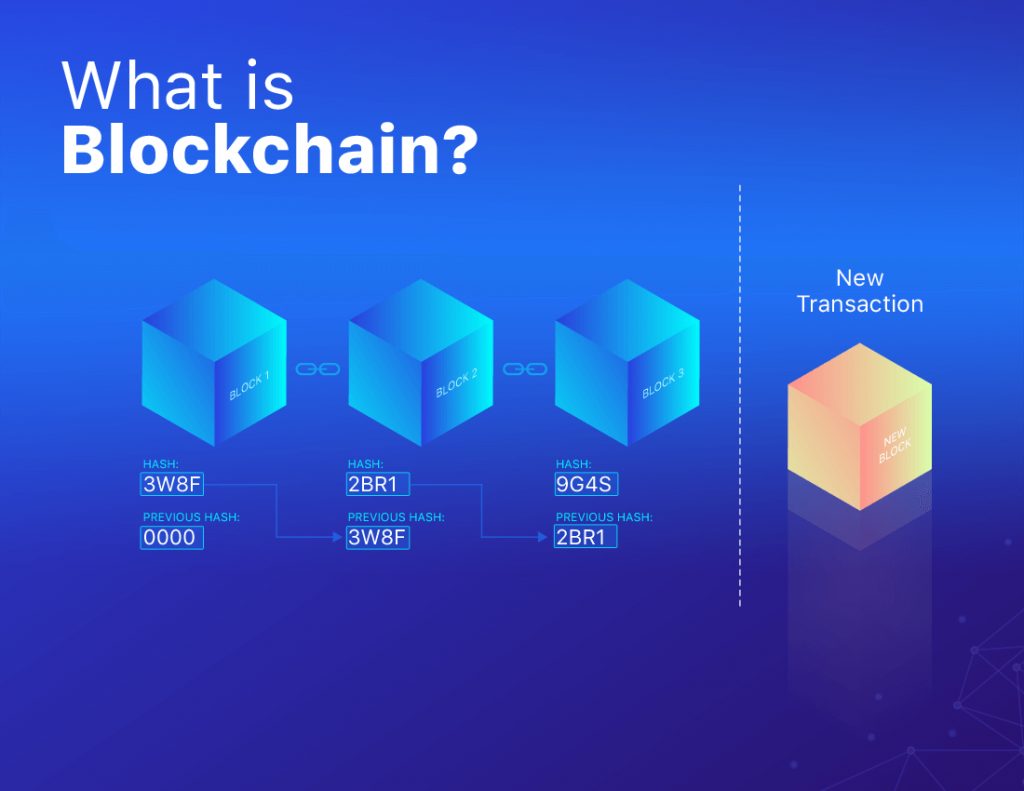 Blockchains are distributed, decentralized networks that can be accessed by millions of users around the world.

Once being added to the network, the information recorded in the block and attached to the chain of transactions will be there forever, and it would be impossible to alter or delete it. To the information created, the users have to create a new block in the chain on top of the previous block, creating a very specific chain of code. If one small error or alternation, even a single dot, is different from the previous block, the block containing wrong information would be rejected by the Blockchain system. This means that the whole network is tracked carefully and closely to prevent any loss, alteration, or corruption from happening.

Data has developed to become a very profitable asset, which every enterprise tries to accumulate and exploit. As cooperates and businesses go to great lengths to collect all sorts of personal data from both their customers and employees, hacking or cyber theft becomes an easy task as specially that nowadays, most information is embedded in one network. Just imagine if the data storage of a Central Bank is hacked, all customers’ personal information regarding both identity and banking statements can be leaked as they are all kept in one place. This centralized storage is one of the most concerning issues for cybersecurity and data protection, and this is where Blockchain Security comes in. As mentioned before, there is no central storage or single authority in the Blockchain Network, which means hackers no longer have one single point of entry to invade the network. Even if hackers do manage to get in, they cannot access the whole chain. Instead of one central gate and vault to protect the data, with the Blockchain development, there are various gates with many people involved in protecting the data altogether.

Traditional passwords have proved to be an extremely penetrable layer to guard our most valuable personal data. In a former report, Facebook said that its users’ accounts are hacked 600000 times per day, which demonstrates an issue to be solved. The reason why traditional passwords are so vulnerable is that to optimize the passwords, we need to update them frequently and make sure that they are unpredictable. However, only a very small minority do change their passwords from time to time.

Blockchains do not use passwords to verify transactions or identity. Instead, blockchains rely on biometric private keys as well as a very complicated multi-step authentication inside the system’s algorithms to ensure the validity of the data and users. As Biometric keys are identifiable and unique to each individual, it provides a highly accurate and secure alternative to traditional passwords. Biometric Identification System relies on “Who you are” rather than “what you know or have” like document checking or text passwords. Some of the examples of biometric keys are fingerprints, palm prints, and facial recognition. Not only is this new identification system highly secure and almost impossible to forge, but biometric keys are also convenient for users as they are always with you, and minimal paperwork is required.

Autonomous Systems (AS), which are collections of Internet Protocols (IP), routing prefixes under one or more network operators. This definition might sound distant. However, Autonomous Systems are present everywhere in our modern daily life. Self-driving cars, home-service robots, cloud infrastructures, or smart transport systems are all Autonomous Systems.

Together with the emergence of smart devices like mobile phones and laptops, which have become indispensable in our daily lives, AS has not only made our lives more convenient but also opened up doors for an unprecedented level of hacking and data compromise. We are storing more important information in these centralized, autonomous systems than ever before. Forbes estimated that every 1 minute, 16 million text messages and 156 million emails are sent around the world, which means if these networks are invaded, our information faces serious risks. Nevertheless, as for convenience, most of us are often neglective of the security of our devices and how vulnerable the information is stored in them. 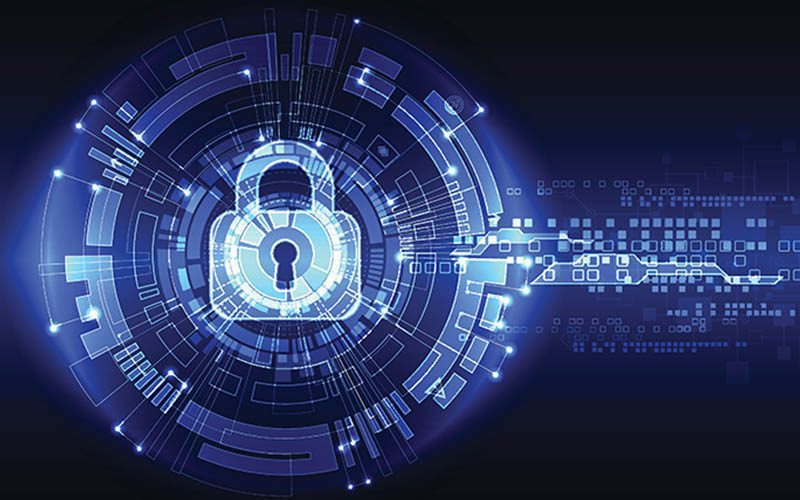 Autonomous Systems (AS), which are collections of Internet Protocols (IP), routing prefixes under one or more network operators.

Blockchain technology, whose algorithms are instantly at work that can detect any suspicious and “false” piece of input or command, offers a potential measure for the issue of IoT security.

Blockchain employs the model of consensus between nodes, which means that in order for an action to be executed on the network, the majority of nodes, which can be stored in computers all over the world, have to come to a consensus. As a result, if one node from a computer wants to compromise data, the other nodes would immediately recognize and dismiss this inappropriate action. Experts are looking at the capability of blockchain technology, which automatically detects intrusions and dismisses data compromising, to allow the convenience of the Internet of Things without risking data protection.

Nowadays, we are consuming more information than ever before with all sorts of digital tools and communication platforms. As a result, text-based conversations have gradually become a daily part of our life. It comes as no surprise that many a time, information is leaked through our online conversations and the messages that we sent.

Developers are starting to embed their messaging applications with “end-to-end” encryption, which means only people who are supposed to receive the message can read the information. Being more advanced than normal encryption, “end-to-end” encryption keeps the information encrypted even when it reaches the server so that hackers cannot access the information just by invading the server. However, encryption has neither been completely successful in locking hackers out nor satisfying the data security needs of enterprises. Meanwhile, with blockchain technology, the data is secured as well as well-recorded on the chain, avoiding the risk of deleting or losing data.

The decentralized nature of blockchain technology means that any attempt to hack the information requires changes of all information on one device or the whole chain together. Moreover, while keeping the data available forever on the chains, blockchain’s verification algorithms ensure that only the authorized can decode and access the data. These four applications are just a few of the many potential ways that blockchain technology can be deployed to advance and improve cybersecurity. Nevertheless, regardless of how or where blockchain is employed, the key feature of blockchain when it comes to cybersecurity would be decentralization. Once all the network traffic and data are no longer held in the same central space, invasion of the network and stealing information become much more challenging for hackers.

If you are looking for a Blockchain Development company that provides Blockchain Consulting Services to build, develop and upgrade blockchain-based platforms, just contact us for the best-in-class solutions!

As one of the leading Blockchain Technology Agents in the region, credited as the top 3 “Blockchain Development Company” in Viet Nam by GoodFirms, Sota Tek is confident to become your trustworthy partner in Blockchain-related Projects. Our team of experienced blockchain developers provided clients around the globe with high-quality, innovative Blockchain Solutions such as Smart Contract Development & Audit, Web Development Services, etc. 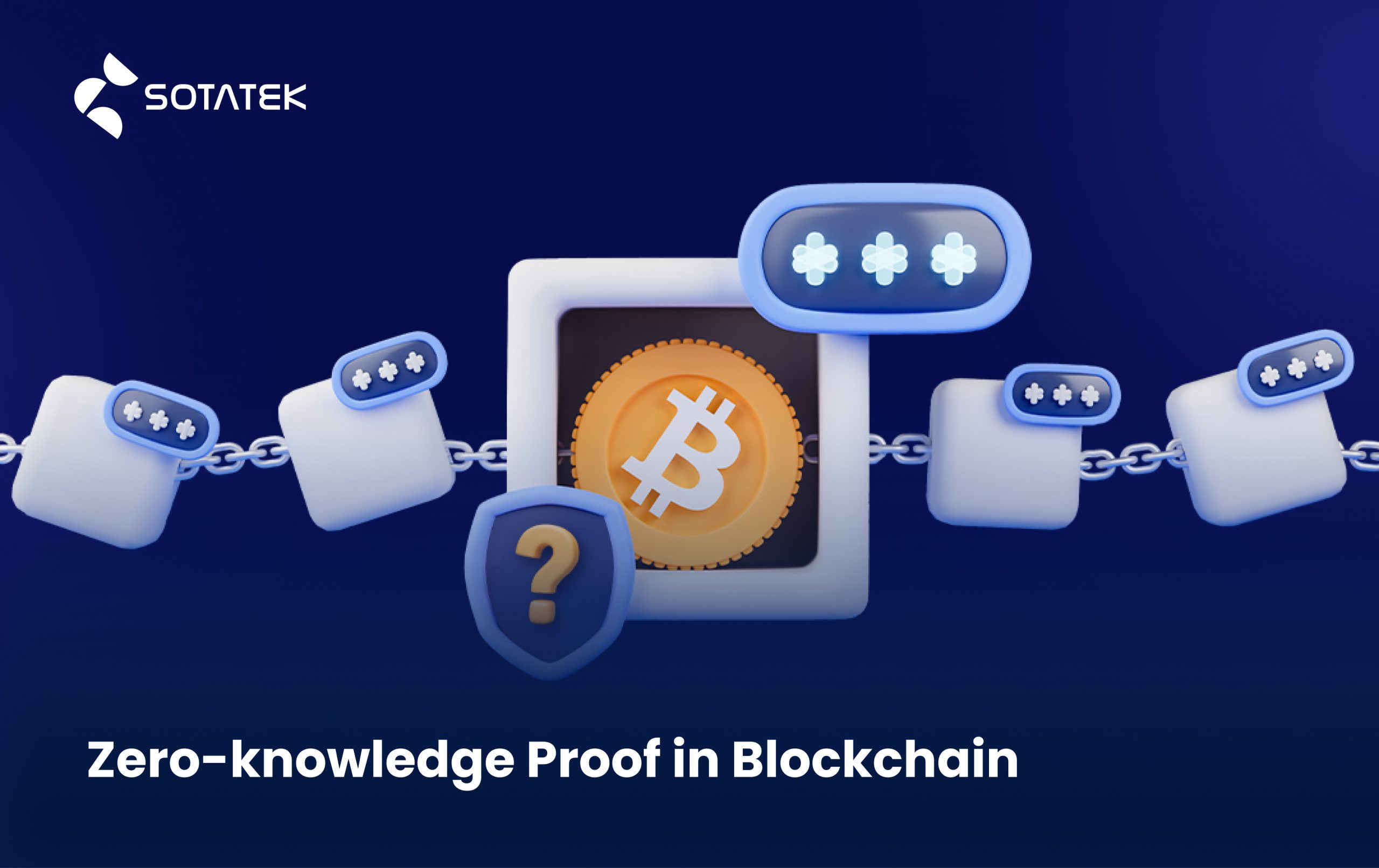 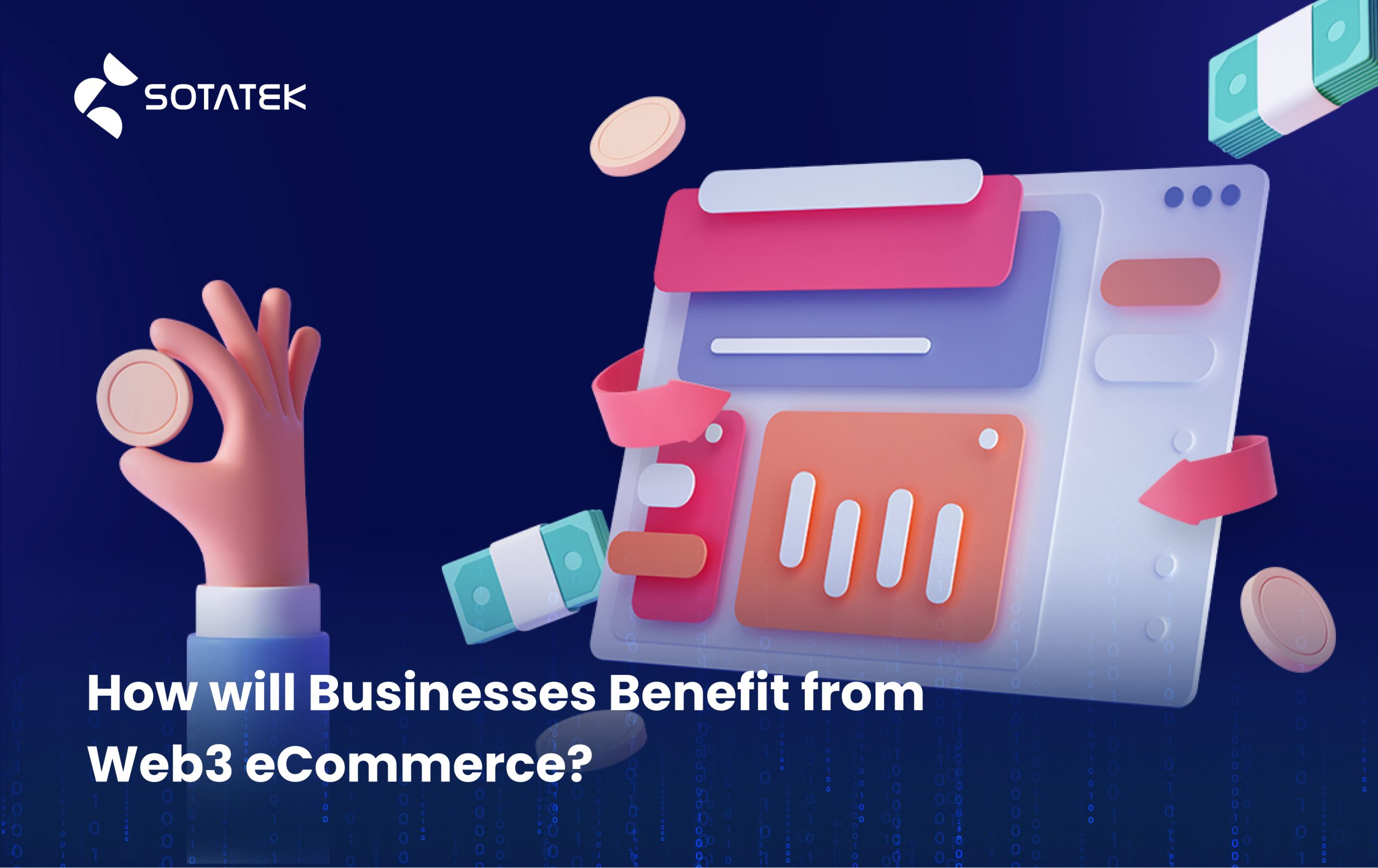 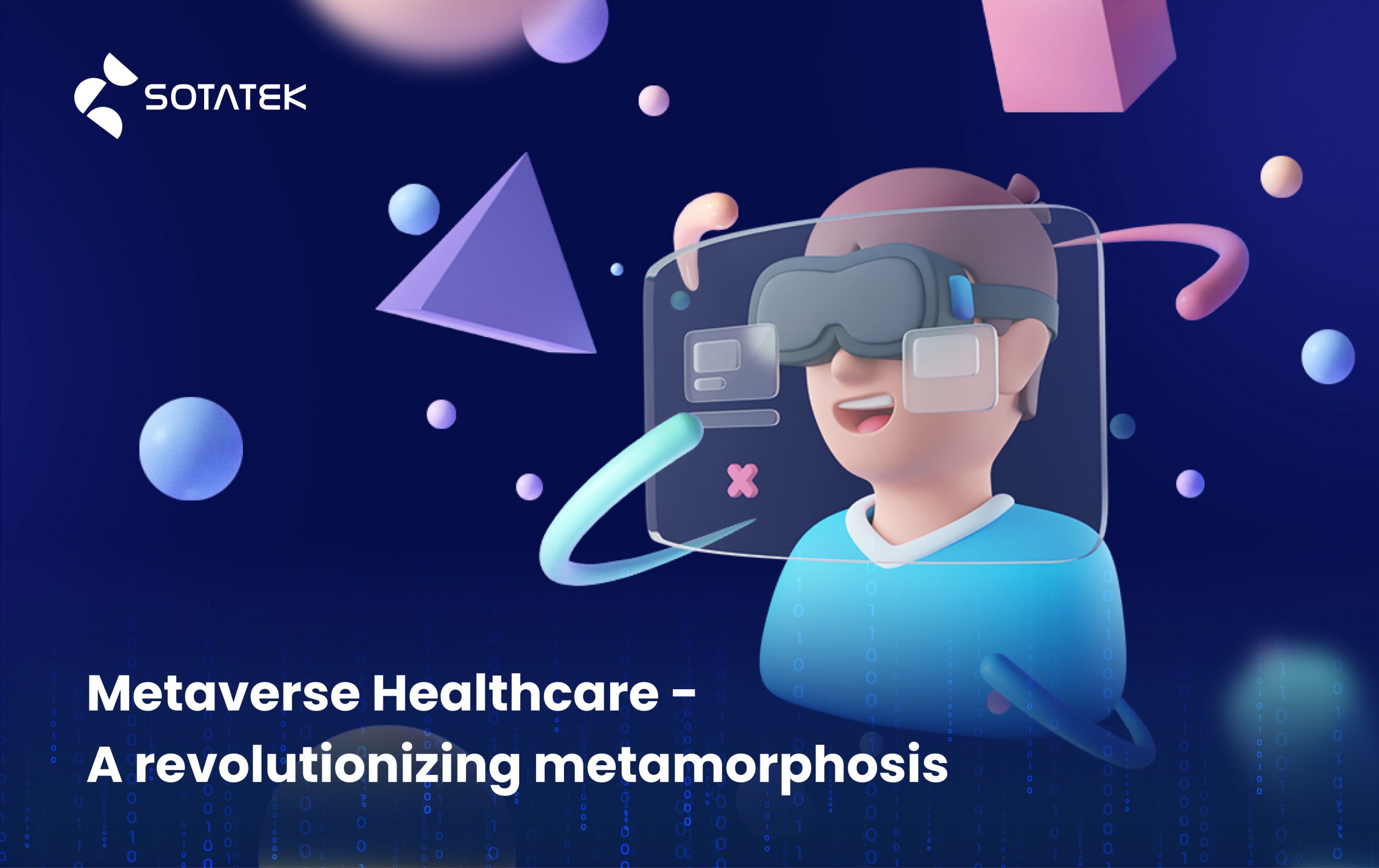