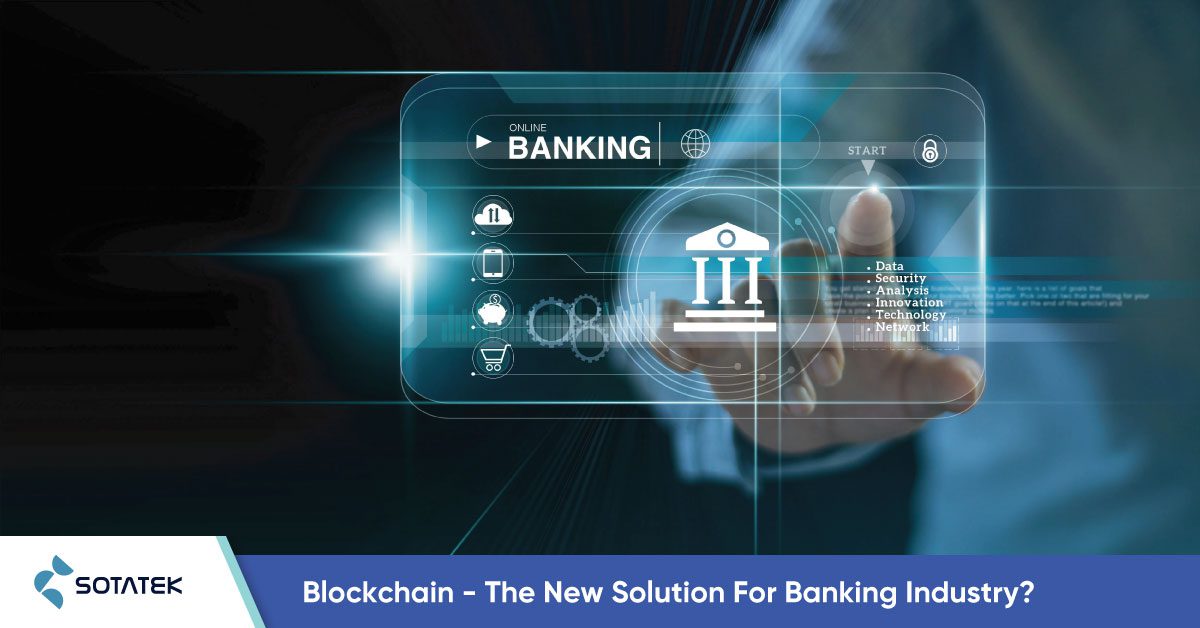 Blockchain technology has been transforming the way we do business in various industries, from education, supply chain management, to cloud storage, and especially - transactions and payments. Considering its major applications in payment and transactions, it is worth wondering about the huge potentials for blockchain development in banking.

So how will Blockchain disrupt the Banking sector and are traditional banks ready to embrace the revolution?

While Bitcoins and Cryptocurrencies are the major applications of blockchain which lie on top of people’s minds when mentioning the term “Blockchain Technology”. Nevertheless, Blockchain is much more than that.

Blockchain can be understood in the simplest terms as a type of database, serving the need to store, structure, and access data. What differentiates blockchain technology from other databases lies in the way data is structured.

A blockchain groups information into different blocks, which hold sets of related information. Blocks have certain storage capacities and, when filled, are chained onto the previously filled block, forming a chain of data known as the “blockchain.” All new information that follows that freshly added block is compiled into a newly formed block that will then also be added to the chain once filled.

This system also inherently makes an irreversible timeline of data when implemented in a decentralized nature. When a block is filled it is set in stone and becomes a part of this timeline. (Investopedia.com)

a. Know Your Customer (KYC)

KYC is considered one of the most complicated and expensive compliances to employed and maintained. According to a recent survey conducted by Thomson Reuters, banks spend on average £40 million a year on KYC Compliance. The report also found that some banks spent up to £300 million on KYC, AML, and CDD (customer due diligence) compliances. 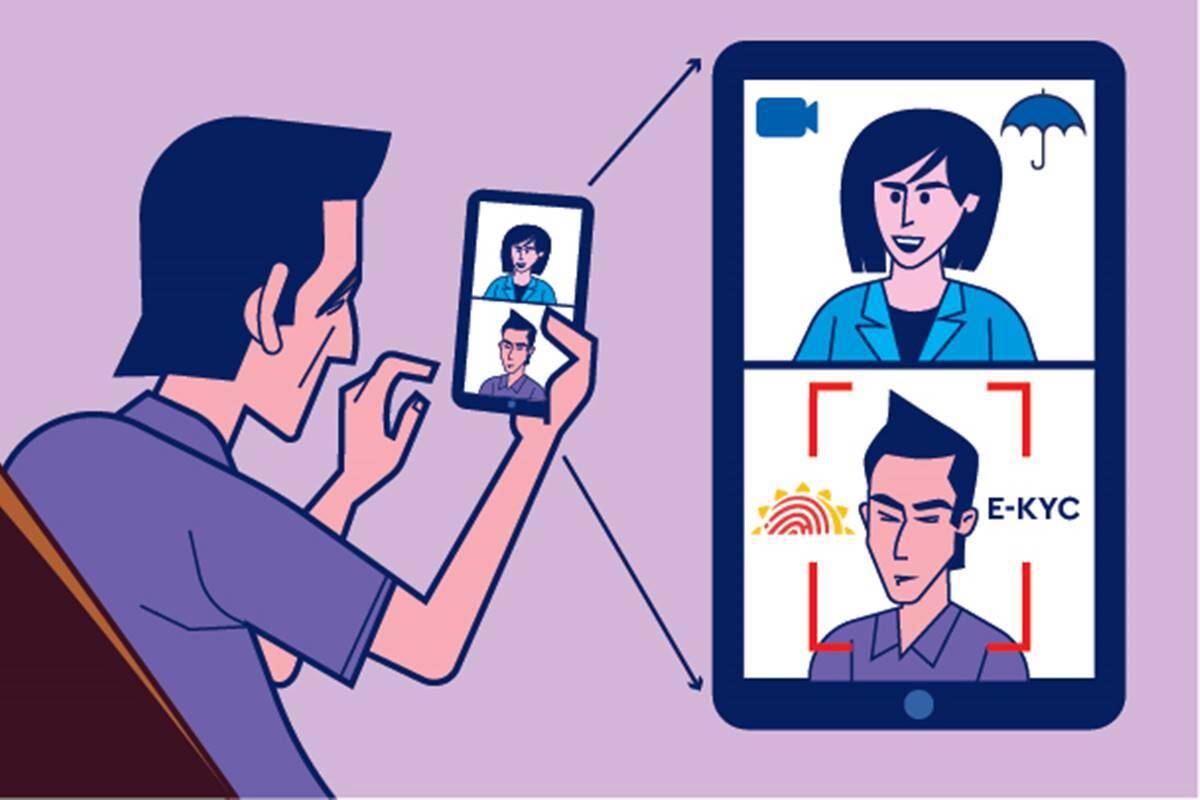 KYC is considered one of the most complicated and expensive compliances to employed and maintained.

On-going regulatory change, with no one internationally agreed standard, makes it increasingly hard for banks to remain compliant. Thus, as it can take such a long time to onboard a new customer because of lengthening KYC procedures, this is having an increasingly negative effect on customer experience, as well as the overall efficiency of banking operations.

Current KYC systems also entail substantial duplication of information among firms. This is where Blockchain and DLT (distributed Ledger Technology) can step in and change the game.

The sharing of customer information has already existed, SWIFT, for example, has established a KYC Registry, allowing 1125 bank members to share KYC documents. Yet this number accounts for only 16% of their total network members of 7000 banks.

The use of blockchain and DLT allows automation of all processes, leading to a reduction in compliance errors. Employing DLT in the KYC database would not only remove all duplicates in information collecting efforts but also enable encrypted updates of customers' information across all bank members' databases on an almost real-time basis.

Blockchain can also effectively store all related KYC documents as well as all activities of past customers for easy retrace and tracking. These records would serve as evidence of compliance from Banks, at the same time, it can easily detect abnormal patterns when any entity makes efforts to create a fraudulent ledger.

The current burden of KYC Compliance can be significantly reduced through the sharing of clients’ data and past transactions among firms, and the use of blockchain technology for settling payments as well as storing data can make an even stronger case for KYC in the banking industry.

b. Reduction of Fraud

Financial Fraud and cyber-attack remain major challenges to the Banking Industry. Traditional banking ledgers have been stored in centralized databases, which are highly susceptible to attacks and breaches. As all information is stored in one centralized place, governed by outdated systems. Hackers and cybercriminals have frequently managed to bypass the security layers to commit data breaches.

The decentralized nature of the Blockchain system makes it less vulnerable to this kind of breach. By using blockchain technology, transactional information of payments can be encrypted in real-time and made transparent to all users of the system. This decentralized, transparent database allows quick detection of suspicious transactions or frauds, as information can be seen and validated by all members having access to the Blockchain.

On 30 December 2015 Nasdaq announced that it had made its first-ever share trade using Blockchain technology. Nasdaq used its proprietary Linq platform (developed in collaboration with Chain.com, a blockchain development company, and IDEO, a global design firm) to sell shares.

As Nasdaq has pointed out, within the multi-step manual process used today in banks and financial institutions there is not only plenty of room for error but also for fraud. By utilizing Blockchain development in banking, organizations can reduce risk and administrative burden, as well as saving time and money.

In this fast-moving era, trillions of dollars move around the globe, every day, yet through an outdated system of low-speed and highly charged payments. Facilitating payments act as one of the main revenue sources for banks, giving them no incentive to lower the fees. Especially, cross-border payments, from payments to letters of credit, generated $224B in payments revenues in 2019 - huge profits for banks acting as the middleman. 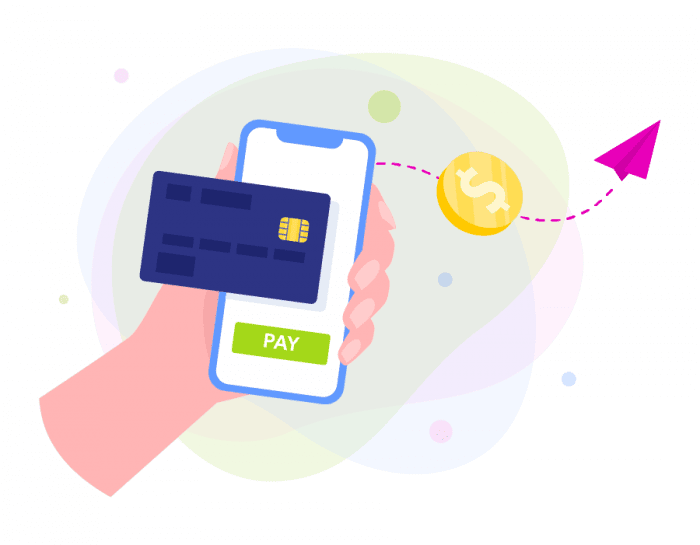 Considering the major applications of blockchain in payment and transactions, it is worth wondering about the huge potentials for blockchain development in banking. Cross-border payments, from payments to letters of credit, generated $224B in payments revenues in 2019.

Cryptocurrencies such as Bitcoin, or Ethereum, which are built and traded on public blockchains, allowing everyone and anyone to send and receive money. The financial inclusion of cryptocurrencies eliminates the need for intermediaries to verify every transaction. Blockchain and cryptocurrencies provide users with access to fast, cheap, and borderless payments.

While Bitcoin transactions still take 10 minutes on average to settle, and in extreme cases, this process can last for days or weeks. It’s still not perfect, but it represents a leg up from the average 3-day processing time for bank transfers. And due to their decentralized and complex nature, crypto-based transactions are difficult for governments and regulatory bodies to control, observe, and shut down.

These 3 aspects are just some of the many potential ways in which Blockchain technology can and will disrupt the banking industry. Nevertheless, disruption does not happen overnight, and Blockchain development in banking still has a long way to go in its application development and testing.

It remains to be seen to what degree banks embrace the technology. One thing is clear, however: blockchain will indeed transform the industry.

Are you looking for Outsource Blockchain Development Services? SotaTek spearheads its name amongst the leading blockchain development companies in Vietnam. We are here to cater to all your needs. Start your Blockchain Project with our experienced experts now. 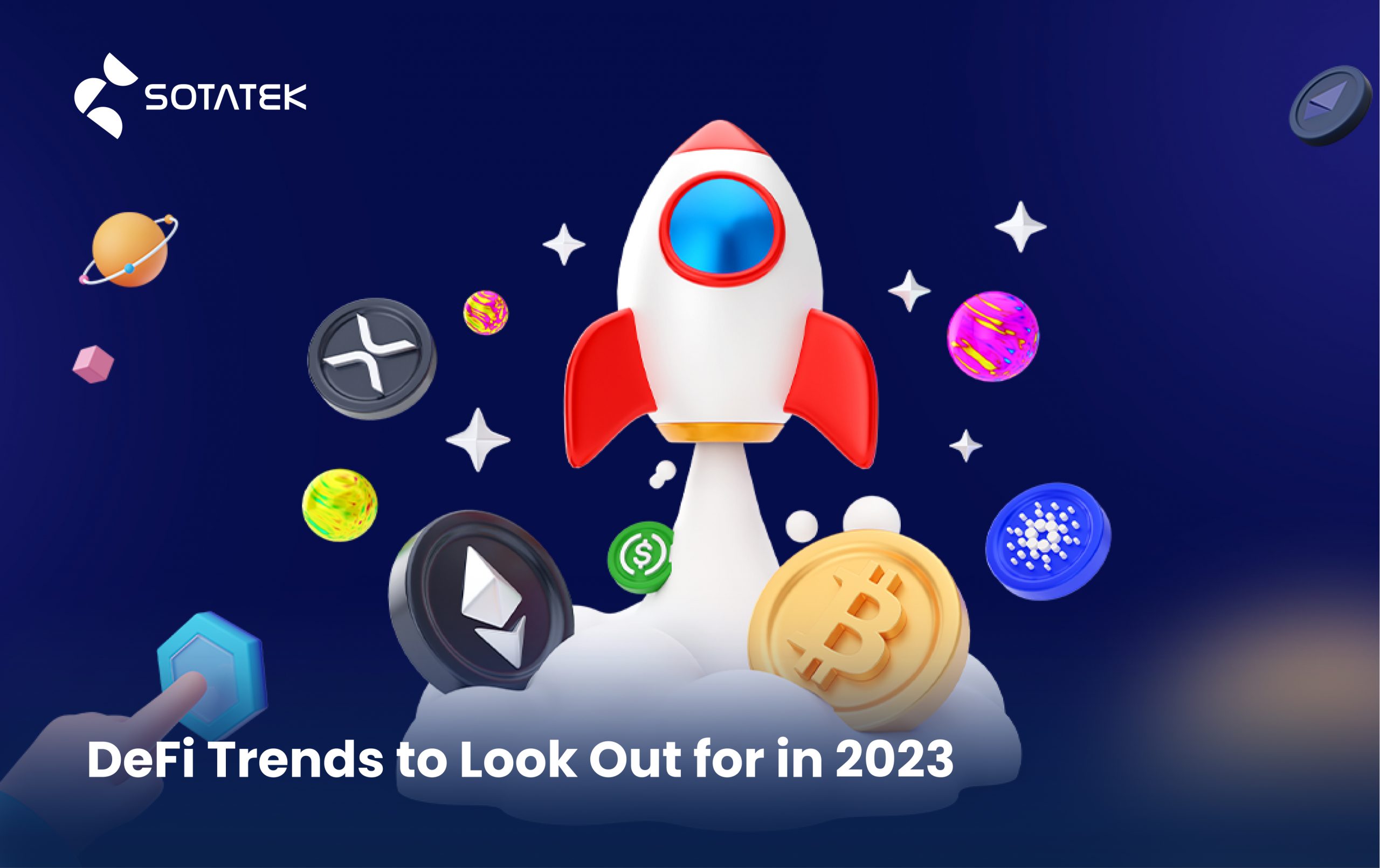 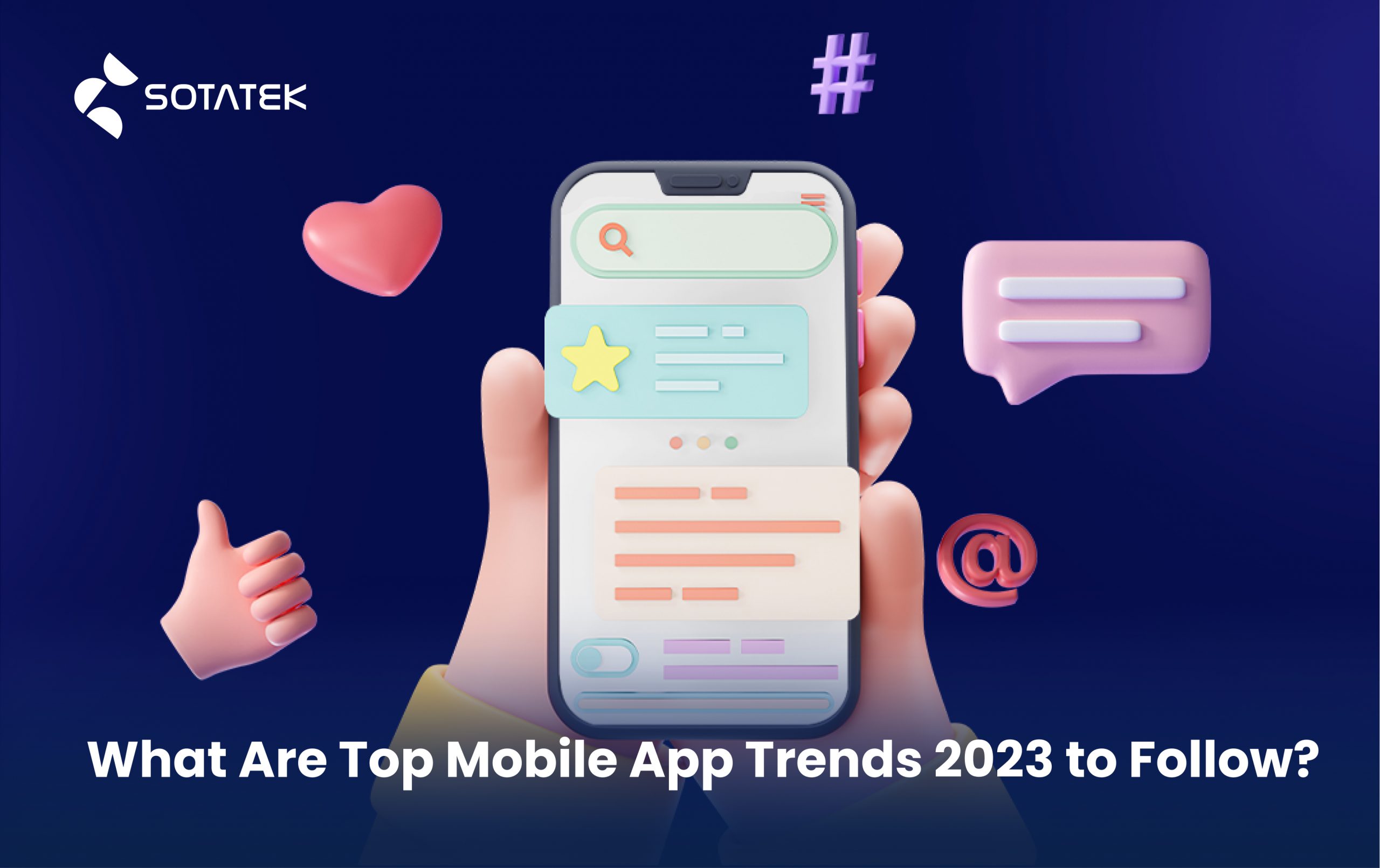 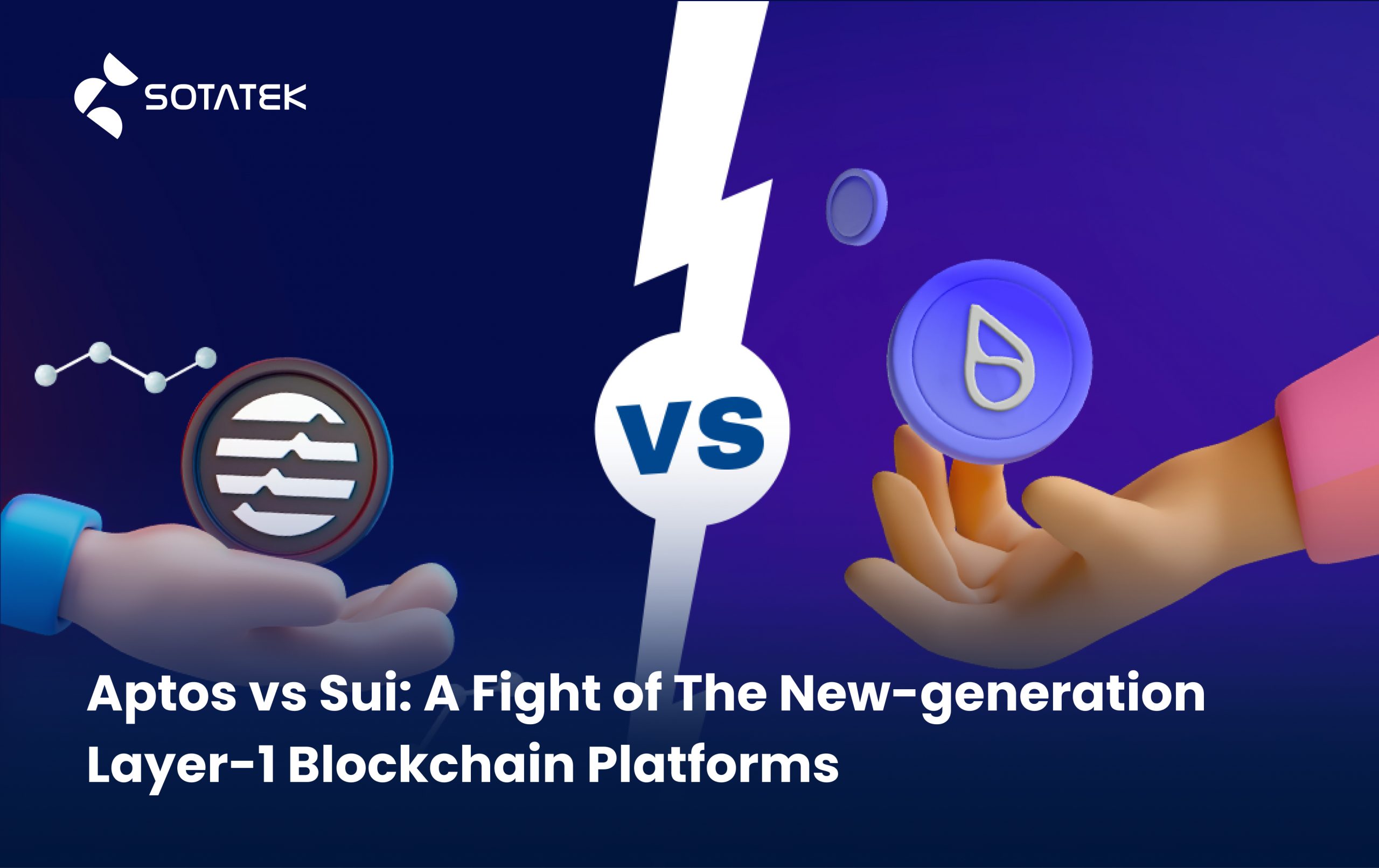