Blockchain technology has been one of the most disruptive digital advances ever seen in the 21st century. Among various blockchain projects introduced, a few have successfully built their own reputation and community, namely Ethereum and Bitcoin Blockchain. While both of those mentioned earlier are public chains in which their source codes are open to the public, Hyperledger makes an effort to personalized blockchain applications for different purposes. Hyperledger integrates cross-industry knowledge to provide various enterprises with an answer to meet their needs through blockchain applications. Some might argue that it’s similar to Ethereum. However, one of the most significant differences of Hyperledger is it allows a private network that requires permission while Ethereum only enables a permissionless private network.

Hyperledger is neither a digital asset nor a blockchain or a company. Hyperledger, founded by Linux Foundation, is more like a community, a hub where enterprises and developers meet and construct blockchain technologies and frameworks. On their official site, Hyperledger identifies itself as “an operating system for marketplaces, data-sharing networks, micro-currencies, and decentralized digital communities.”

Hyperledger does not refer to any kind of specific technology. Instead, by implementing an umbrella strategy, which means Hyperledger supports and hosts various projects with different technologies under its network. Hyperledger is currently hosting several projects with stated missions to create “open-source, distributed ledger frameworks and code bases to support business transactions” as well as educate the public on blockchain opportunities and develop blockchain and shared ledger POCs.

Another vital factor to keep in mind regarding the direction of Hyperledger is their early announcement to never have a Hyperledger Coin, like Bitcoin or Ethereum. The Chief Director of Hyperledger believed that, by not having its digital coin, Hyperledger could stay away from various political issues and focus on its application development goals.

2. How Hyperledger Benefits the Blockchain Industry

As evolutionary and disrupting as it is, public blockchain such as the one used in Bitcoin and Ethereum is not ideal for enterprises to access. A public blockchain is completely open. Everyone and anyone can get access and take part in the ecosystem. While having significant disruptive capabilities, public chains often have an issue with scalability and privacy. Bitcoin can handle around 7 to 8 transactions per second at best. Block confirmation time is usually approximately 10 to 13 minutes, making it impractical for big enterprises with hundreds of transactions per second to implement the technology. For example, while Bitcoin process around five transactions per second, Visa processes 1700 every second. Moreover, the openness of public blockchain is not what an enterprise would want to integrate into their business network because of privacy concerns since, with public chains, there is no option to make the blockchains private with permission.

Let’s take a closer look at Hyperledger Fabric to understand how different Hyperledger is from Ethereum or Bitcoin. While Ethereum Virtual Machine concentrates on naturally distributed applications, Hyperledger, with its modular architecture, provides a lot more room for enterprises to decide what they want and don’t want. It is impossible to make a transaction on Ethereum visible for one while being invisible for others. Hyperledger Fabric allows this to happen.

Ethereum as a public chain has high transparency, which means every user can access transaction information or verify the code. This feature might be considered a plus in terms of avoiding corruption. However, it is not ideal for enterprises that handle sensitive information.

This is where Hyperledger comes in, while the Ethereum Blockchains work with a standardized and generalized protocol with everything running on its network, as all smart contracts are executed on EVM, Hyperledger’s umbrella strategy includes various platforms to construct companies’ solutions. Hyperledger has a modular architecture that leaves with a lot of flexibility for developers to use it. Hyperledger also allows confidential transactions instead of publicizing every information like Ethereum.

These Private Blockchains empowered by Hyperledger are tailored-made to meet privacy and user protection requirements to optimize the application of Blockchain technology. While the Ethereum network can either be Public or private without permission, Hyperledger is a private, permissioned network restricted to a specific characterized community.

While Hyperledger does not require cryptocurrency for exchange, users can develop their own tokens through chain code if required. Hyperledger projects are not part of a blockchain. They rather represent the effort to adjust blockchains’ performance by inventing frameworks and protocols to serve different purposes.

Since its arrival in December 2015, Hyperledger today has an impressive list of more than 100 members, including giant companies such as IBM, Fujitsu, Hwahuei, Samsung, Nokia, and Intel. Financial institutions also joined the community like America Express and BBVA with some of the prestigious universities; for example, Peking University or Yale are also members of Hyperledger.

Blockchain’s potential for enterprises is not superficial. Various industries are seeking Custom Blockchain Development & Integration, ranging from healthcare, banking to transportation or supply chains. And Hyperledger plays a crucial role in optimizing the potentials of blockchain for business purposes. Walmart has recently been piloting a blockchain ledger to distributed pork produced in China and imported to the US. The Director of Hyperledger’s ecosystem – Marta Pierkaska, indicated that the technology being used by Walmart was based on Hyperledger Fabric.

Besides the famous Bitcoin and Ethereum, Hyperledger provides developers with another choice with distinctive features and different goals. Individuals or cooperates can always make a choice depending on their requirements, but Hyperledger has opened up new doors and opportunities into the blockchain industry and applications.

If you are looking for an IT outsourcing agency that helps integrate Blockchain into your system or develop Blockchain solutions, contact our experts to discover bespoke solutions for your business now!

Building a business is a long-term endeavor. Spreadsheets and stand-alone solutions may have worked in the past, but they are ... 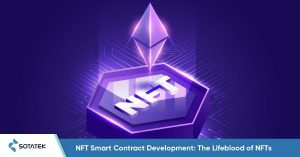 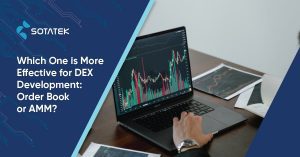 Which One Is More Effective for DEX Development: Order book or AMM?