How Will Blockchain Technology Disrupt the Sport Management Sector

Blockchain technology, while often being referred to as “public ledger” and largely known for its application in cryptocurrency as well as its disrupting ability in the banking and payment sector, can become the answer for various issues in different industries. One of the emerging areas in which experts are considering blockchain’s potentials is Sports Management.

The global sports industry is estimated to be worth around $1.3 trillion by 2019, however, the sports sectors are facing new challenges as the number of fans attending big tournament decrease since everyone can now live stream the game online, together with the emergence of e-Sports in the recent few years. Blockchain technology might potentially be the measurements of these issues, with blockchain technology, organizers can prevent ticket fraud, incentivize athletes' funding as well as improve fan engagement.

The black market of sport-event tickets has always been a headache for all organizers. Anyone can easily purchase tickets from official sources then resell them at an exorbitant price to gain profit. As easy as it is to resale the tickets on outlets, it is extremely difficult to verify every ticket purchased. Not only the event organizers but sports fans, those who try to purchase tickets on the black market can also be victims of ticket fraud. According to a study by Aventus in 2018, 21% of millennials were scammed when buying sports tickets online. Besides, the survey also indicated that 36% of the people asked were willing to pay double the standard price for football playoff tickets. The frequency of ticket fraud has made online ticket purchase platforms increasingly unreliable to the public. 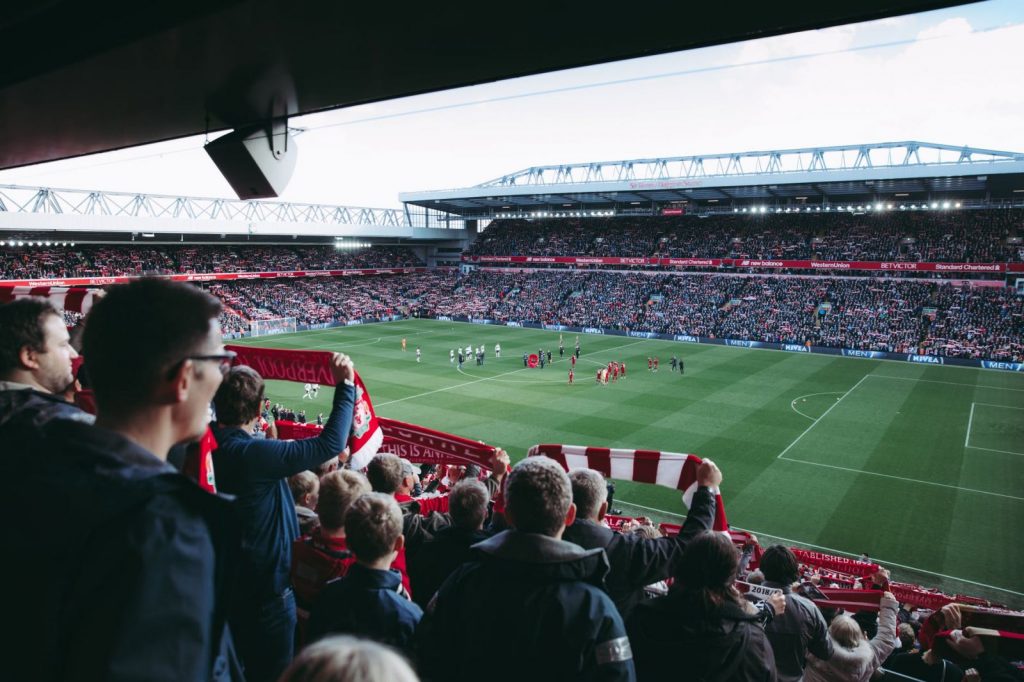 The frequency of ticket fraud has made online ticket purchase platforms increasingly unreliable to the public.

With blockchain development, we can give rise to a smart ticket platform. This blockchain-based platform, with its decentralized and highly secured nature, can track and record the purchase of every ticket into a block, which can not be altered by any third party. Any changes made to the information would also be well-recorded to ensure the integrity of the ticket sale. With this application, fans can verify the authenticity of their tickets, while organizers can set a limit on how many tickets a person can purchase at one time. This would minimize the involvement of any third party in the process as well as decrease the scamming risks.

Sponsorships are one of the most powerful driving forces of the sports industries, enterprises, and brands. Back in 2016,  soccer jersey sponsorships’ revenue in Europe was set to hit $930 million in total. Not only teams, but a single athlete can also receive immense sponsorships from brands. In July 2018, Roger Federer signed one of the biggest sports deals with Uniqlo, which was worth a reported $300 million USD over 10 years.  During the 2018 World Cup, Zenith reported that brands spent up to US$200 million on a sponsorship package. The global sports sponsorship market is estimated to value over $46 billion USD in 2018. As profitable and robust as the sports sponsorship market, there have been various scandals and corruption going around with the funds.  In May 2015,  a massive scandal was connected to the bid process of the 2010 World Cup (Herndon, 2015) and included allegations of bribery that were uncovered by the United States Federal Bureau of Investigation and kickbacks within the organization for years. The amount of bribery and kickbacks are alleged to be in excess of $150 million (Miller & Barbash, 2015). So, how to handle and optimize such large sponsorships coming from various sources, as well as prevent corruption and funds seizure are not easy-to-solve puzzles for the sports managers.

Blockchain, playing the role of public ledgers, sponsors can carry out their transactions easily on a decentralized platform. All transaction details can be logged easily and accurately on the chains as well as easily traced back when necessary. Moreover, sponsorships can be made with cryptocurrencies such as Bitcoin or Etherum, offering more options for both sponsors and receivers. That's why Blockchain Development Services and Cryptocurrency Exchange Development are gaining more attention than ever before.

Fans' interaction and engagement play a significant role in the success of either sports teams or tournaments. Teams, as well as enterprises, have always been exploring new ways to enhance their fans’ engagement, social media, and online campaigns have been some of the most popular approaches taken by sports enterprises in this high-tech era.

Blockchain technology can add extra value to the current fans interacting campaigns of the sports team. Organizers can reward their fans with digital tokens, which can be used to exchange for clubs’ membership or exclusive promotions, such as meeting up with players or limited tickets to playoffs. 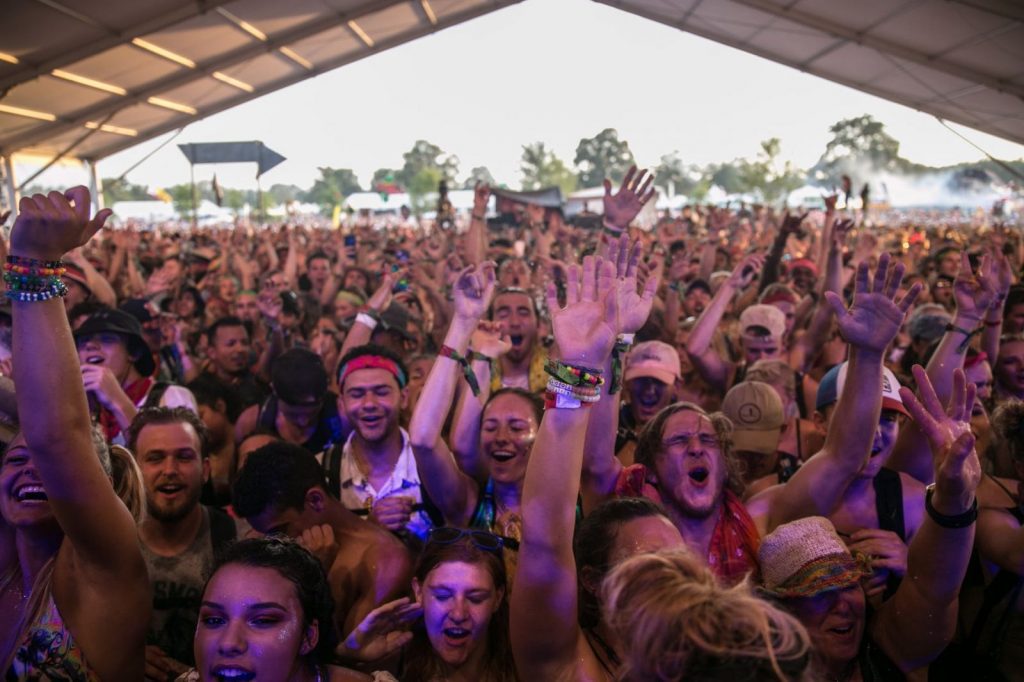 Blockchain technology can add extra value to the current fans interacting campaigns of the sports team.

Not only interacting, but blockchain technology also opens up doors for sports fans to contribute and share revenues from their favorite teams. There have been quite a few blockchain-enabled platforms, which utilizing smart contracts and tokens to promise fans future profit and revenue shares from immediate funds contributed to the team. One of those services is Socio, which engages fans in the decision-making process of sports clubs through a voting mechanism while generating fans tokens used to exchange for different rewards and rights between fans. Through this kind of fundraising between fans, promising athletes would also have a better chance of receiving initial financial assistance to support their expensive training and pay off fans “investors” with a promised percentage of future revenue later on being successful.

Doping incidents have all been hitting headlines every sports season since forever ago. It is not a new thing for athletes to illegally utilize various types of drugs, hormone-growing pills, or stimulants to enhance their performances in competitions. To ensure the ethics and integrity of every sports sector, related organizations conduct drug tests for athletes regularly. In case of being caught or accused of doping, athletes would be disqualified to participate in tournaments. As simple as it might sound, drug testing, analyzing, and data recording can be extremely complicated. Mishandled drug testing results can easily destroy the reputation and career of an athlete, there have been various cases of either mistakenly accuse someone or letting the guilty ones off easily without even a warning.

In case of being caught or accused of doping, athletes would be disqualified to participate in tournaments.

However, Private Blockchain Development helps the process of drug testing by recording and collecting all data during the testing procedures, as the data at each stage, once logged into the system, can not be deleted. This will make the checking and results-generating process a lot more transparent and trustworthy. These data being kept can also be used for future analysis while ensuring its accuracy and reliability.

Not only organizers, managers, or fans can benefit from the application of blockchain technology, but athletes can also improve themselves with the involvement of this disrupting venture through performance testing and tracking. Performance statistics and analytics are extremely vital to the improvement and development of athletes. While much of the sport-derived data are currently made available for the public to access and see, there would be cases in which teams would like to keep their athletes’ performance data private between players and coaches. Blockchain-based platforms would allow information to be shared between the teams while eliminating the risks of unauthorized access or leaking of information when one of the team members leaves the team.

As one of the leading Blockchain Technology Agents in Vietnam, credited as the top 3 “Blockchain Development Company” by GoodFirms, SotaTek is confident to become your trustworthy partner in Blockchain-related Projects. Our team of experienced developers provided clients around the globe with high-quality, innovative solutions for various industries.

If you are looking for an IT outsourcing company that helps integrate Blockchain into your system or develop Blockchain solutions, contact our experts for bespoke consulting now!