Impressive Journey: From A Game Enthusiast To A Co-Founder of Top Blockchain Development Company 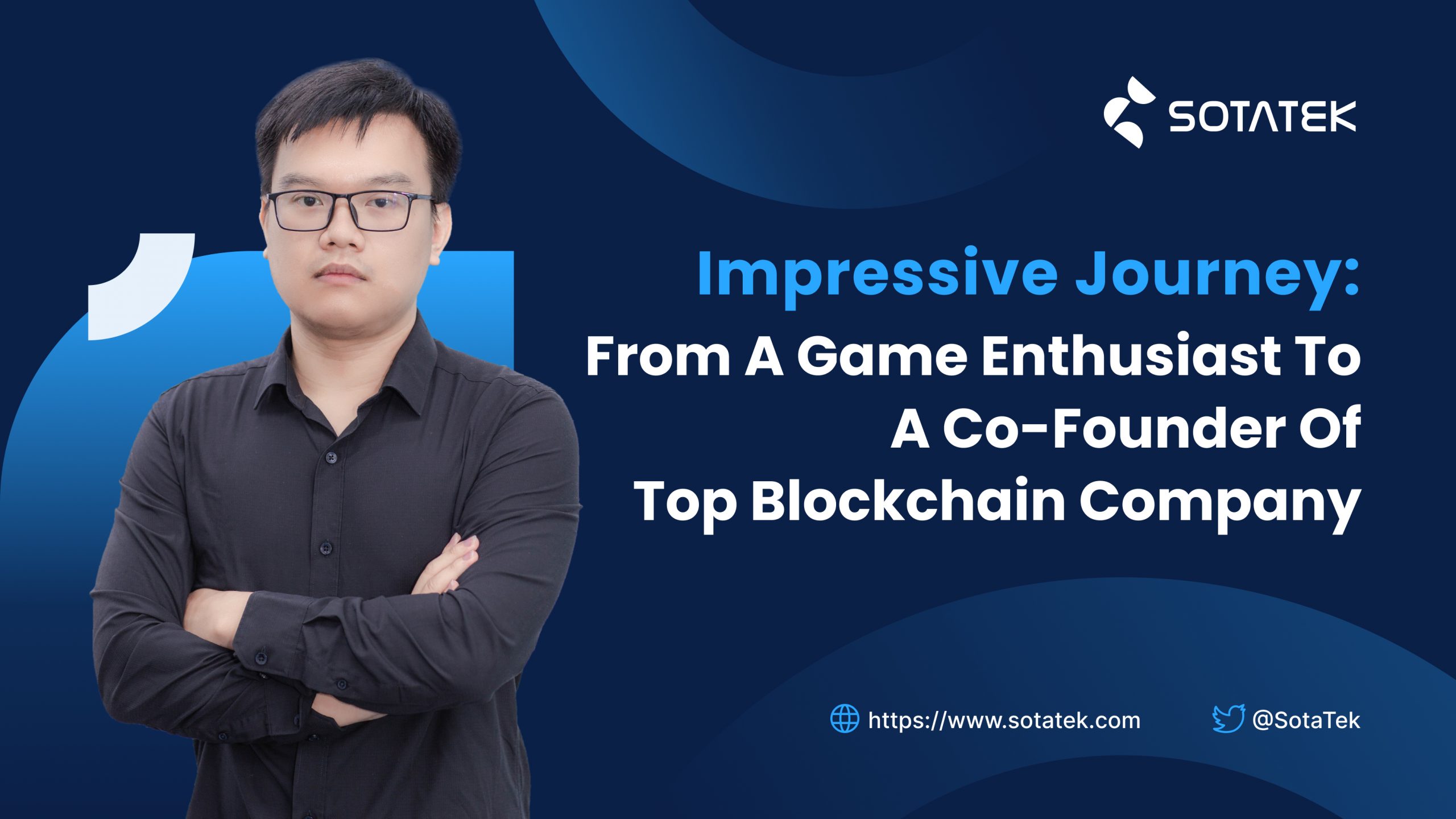 Mr. Andy Nguyen (1989), who used to use the excuse of hitting the gym to play games since 4a.m, has now been a Co-Founder of SotaTek - a Leading Blockchain Development Company in Vietnam.

CTO & Co-Founder of SotaTek admits that he is quite addicted to games, and even skips school to go to an Internet cafe. Unlike the majority of people raising the interest for Technology from the Computer Science classes, Mr. Andy Nguyen started from the game station. Having graduated from university with an Information Technology degree, he joined a Japanese Mobile Game Company in 2011.

“10 years ago, when the gaming industry exploded, I had the opportunity to develop and implement some large gaming projects, topping the US and Europe market. 4 years later, with the accumulated experiences and relationships, I and some friends decided to start our own business”, he shared.

Choose The Most Challenging Tasks For Start-up

In August, 2015, Mr. Andy Nguyen along with his friends founded SotaTek, but no clear direction and strategy. “At that time, we thought simply that we would offer IT outsourcing services, simultaneously accumulating experiences and finding the suitable strategy for the company. Therefore, I chose challenging development projects, which hardly any company can solve. Until now, SotaTek still holds such strategy, choose the difficult tasks, regardless of any size”, he claimed.

Starting from small but challenging projects, SotaTek have gradually gained trust from our worldwide partners and been assigned many other projects. Just after one year, SotaTek expanded from merely 6 people to 30 employees, moving the headquarters from a cramped apartment to a spacious office.

However, it was also the perilous time for his startup. 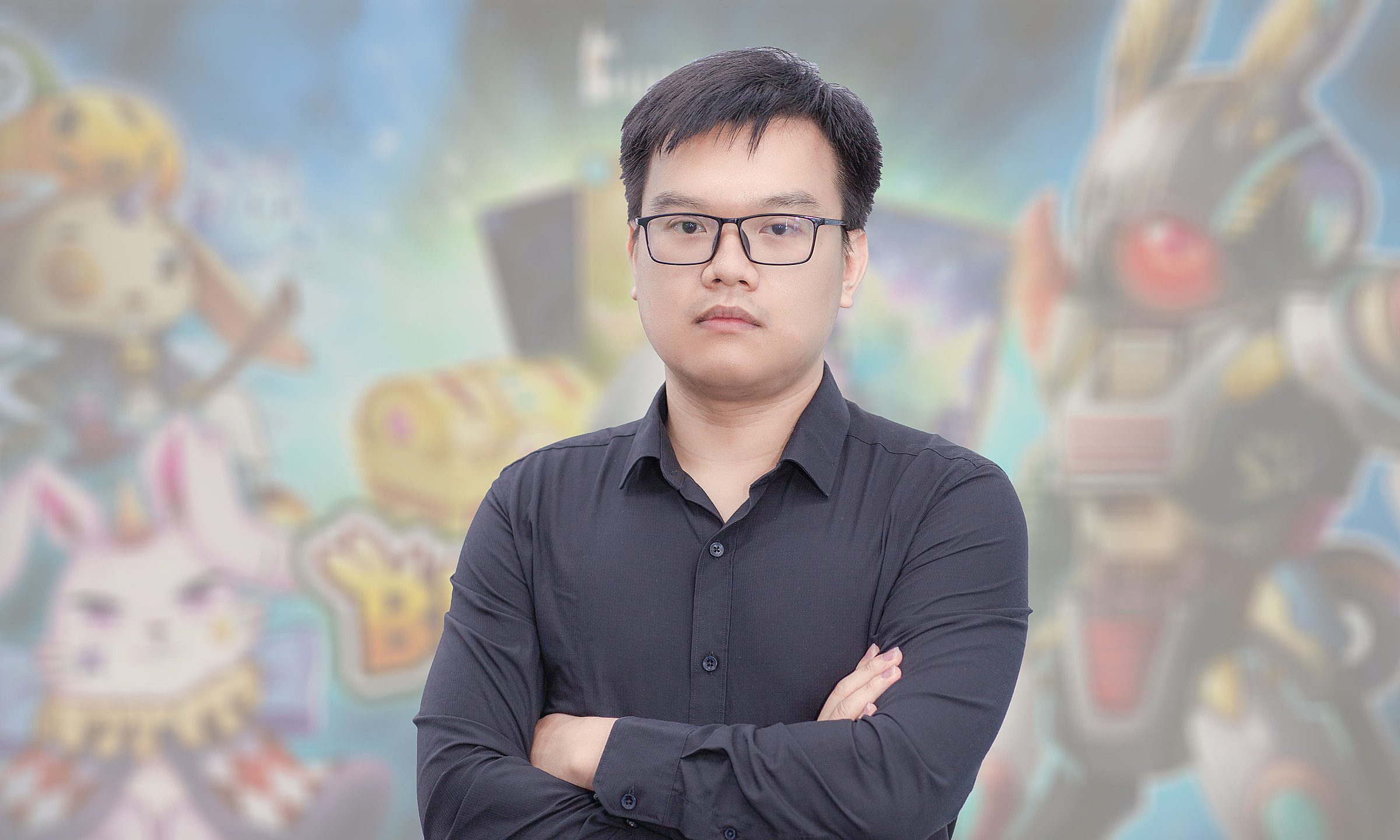 According to Mr. Andy, there are many differences when operating a company with only 5-6 people compared to when expanding to a larger scale. On the first days, everyone was willing to work overtime, even without a salary. However, when there were 30 employees, the company had to spend a large amount of operation costs but we didn’t have enough skilled developers to receive new projects. He shared that “Sometimes, when the pay day came, the company account only had 10 millions VND left. Such a difficult time lasted for 3-5 months, making me and other founders always under pressure to maintain enough budget for business operations.”

Fortunately, SotaTek overcame the difficulties and recorded impressive growth as soon as the Blockchain trends exploded in 2017.

From Zero To Hero in Blockchain World

Mr. Andy Nguyen said that in 2017, ICO projects flourished on a global scale. Many domestic and global companies looked for outsourcing services, however, not all IT companies have a strong base in Blockchain. After researching, despite not expecting as a “magic wand”, SotaTek CTO still hold a belief that Blockchain can be our competitive advantage in the near future, therefore, he dug deep into Blockchain to learn more about “What is Blockchain?”, “How does Blockchain work?”, and “What we can do with this cutting edge technology?”.

That year, a reputable Korean client aimed to build a large cryptocurrency exchange. However, after consulting a number of parties and not receiving any desired product, they came to SotaTek with the hope of partnership. "At that time, I honestly confessed that we had never completed any blockchain project before, so it means if they collaborated with us, they had to accept the fact that we started learning then." told Mr. An. Fortunately, as there were not many other options left and some other difficult problems of this Korean client had been previously solved by SotaTek, their final decision was to let the Vietnamese startup learn while doing.

At that early stage, the regional market had not seen as many models for reference as expected, An and his colleague had to book a business flight to Korea for two consecutive months to manufacture the first product. Half a month later, the project went into operation and became one of the major cryptocurrency exchanges in Korea, having a trading volume of more than 20 million USD a day.

Right after such a big hit of the first project, SotaTek set off being a startup with spread influence among the industry and, as a recognition, was honored by the Vietnam Business and IT Services Association (VINASA) as one of the top 10 Blockchain Companies in Vietnam in 2021. In addition, SotaTek has seen a considerable growth of 3,000%, with 750+ in-house employees so far.

Despite mastering the foundational techniques and effectively implementing a lot of difficult projects on a large scale, Mr. An and SotaTek staff still came to a decision not to take part in the ICO wave, which was on top trend during 2017. To the point of his view, not making a product to raise capital is a blessing but also a regret for the company. "It was such a real fortune because at that time the market was deep in chaos when a lot of existing projects were created just to call for investment and then disappeared. But when the crypto came, many projects closed and SotaTek still developed steadily and was not affected by fame, though." Mr. An said.

As for regret, he claimed that if he had a little more luck and dared to step out of his comfort zone 5 years ago, he and his team could have soon escaped the shadow of software outsourcing, aiming to create long-term products.

At the end of 2017-2020, while the blockchain market had experienced a gloomy development, there were not many projects left, however, the SotaTek team was determined to continue to outsource and research new technologies. "Not every technology we invest in is successful. Previously, when livestream was popular, we also participated but the market did not explode as potentially as expected. But I believe among 5-7 technology trends that I chose and invested in, it only takes 1-2 to become a trend to be successful," shared the SotaTek co-founder.

By 2021, when the blockchain wave returned, SotaTek continued to record impressive growth. Mr. Andy Nguyen was deeply involved in the field, building and operating many projects in his own way. The most prominent project is the DeFi Gaming platform called Bunicorn, which acts as an ecosystem including a decentralized exchange, deposit, game and expands to products around NFT, allowing tokens auctions...

In addition to blockchain, under the decisive leadership of Mr. An, Sotatek has also implemented many technology and digital transformation projects for domestic and international customers. These can be mentioned as "super projects" for Malaysian customers in deploying over 100 microservices, building a closed ecosystem, completing all business from B2C to B2B, serving 3.6 million users.

"What impressed me most was the fact that Nguyen Huu An always dared to put himself at risk with difficult projects to come up with an optimal solution. In the period of 2017 when blockchain technology was budding and the market did not have many outstanding cases available, but An, with his enthusiasm, tinkered with and succeeded with big and difficult products," said Huy Nguyen, co-founder of KardiaChain, a member of the jury for the 2022 Young Technology Leaders Voting Program, he also evaluated An as a technical person who gains deep and solid knowledge about the blockchain industry. 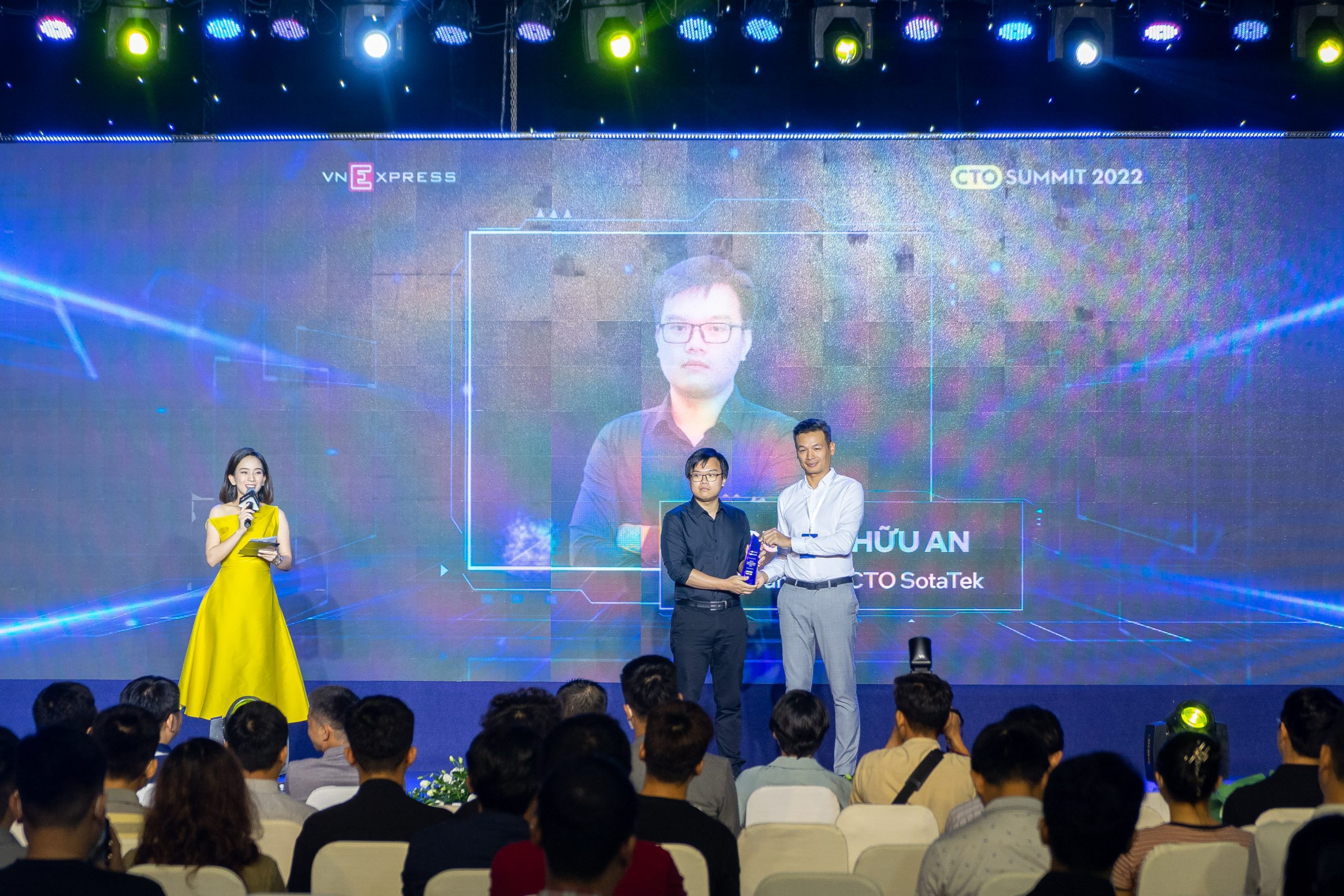 Mr. Andy Nguyen is among Top 10 Young Leaders in the Technology field

In addition, Mr. Andy Nguyen is among Top 10 young leaders in the technology field 2022, honored by VnExpress at the CTO Summit event on June 17. 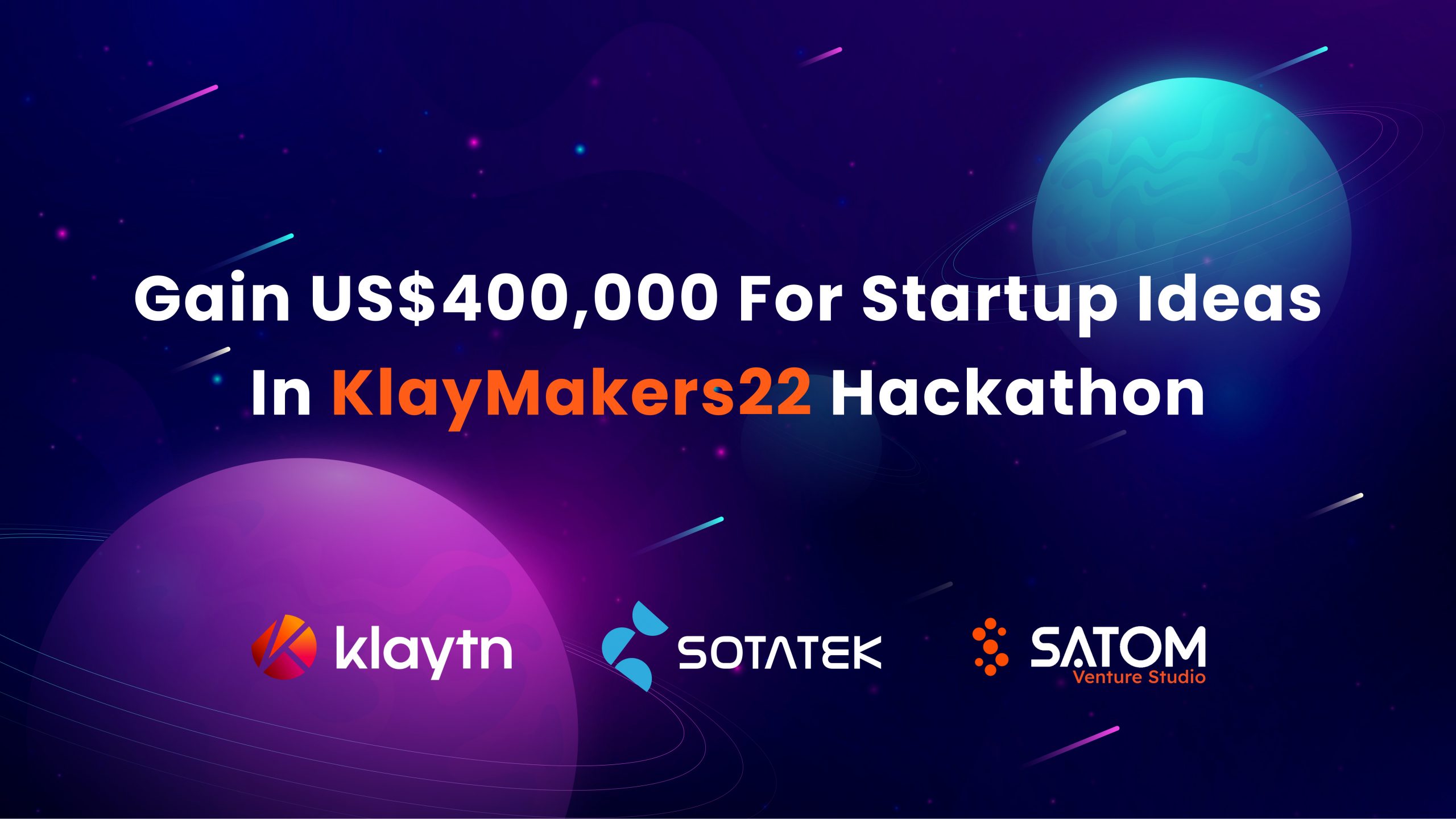 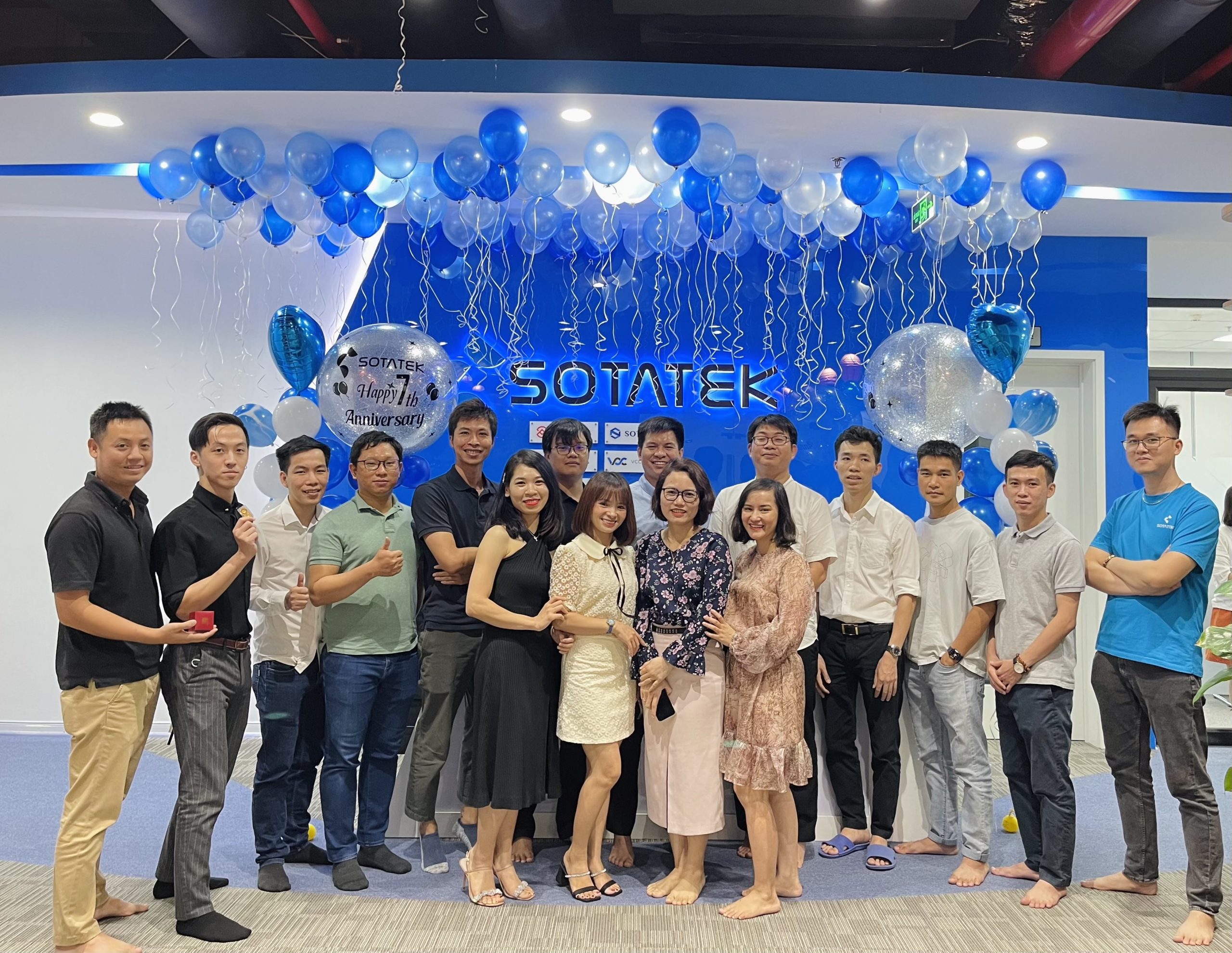 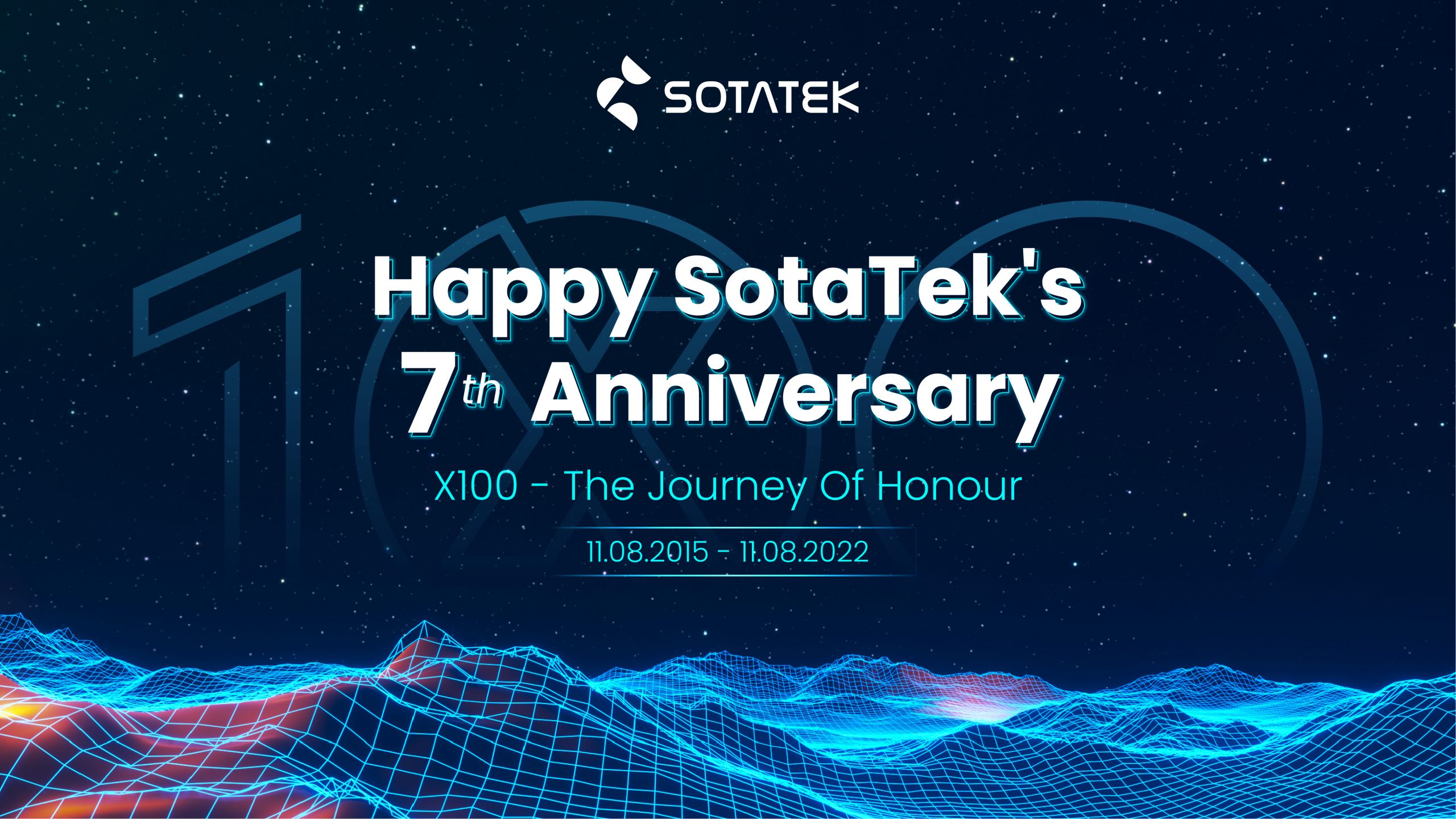