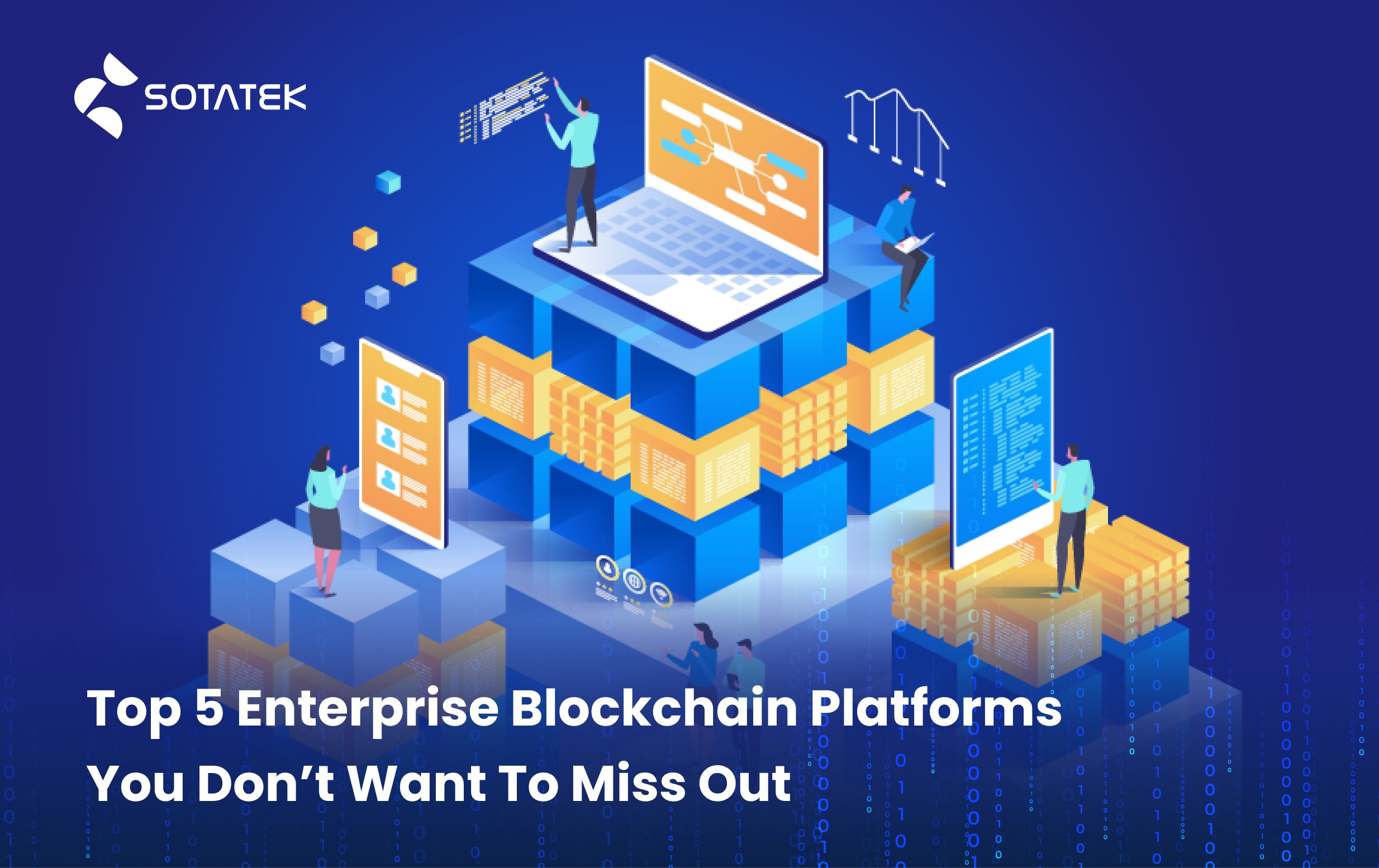 Blockchain has outgrown its current image of being a currency disruptor. Modern blockchain platforms have been developed and are being used by multiple businesses for their uses and application needs. Enterprise blockchain platforms are critical for bringing blockchain technology to businesses and blockchain solutions are said to save a substantial amount of time and money. But how do they go about doing it? If you are working on a blockchain solution and have to build the platform ground up, it will inevitably take a long time, won't it? However, thanks to these platforms, you can now have a base for your needs. Most of these systems allow for customization so that you can add your features to them. As a result, all the platforms on the blockchain list will save you a significant amount of money and effort in the long term.

1. What is a Blockchain Platform, and how do you choose the right blockchain platform?

First, let's address one of the basic queries: "What is a blockchain platform?" Blockchain platforms are typically distributed structured platforms that help developers create decentralized applications. Hyperledger, Corda, Ethereum, and others are among the few popular ones. These blockchain platforms help you build custom blockchain solutions. These platforms can be permissionless as well as permissioned. Furthermore, platforms for various industries come in different shapes and sizes. All of them provide multiple results. Simply choose the one that is most suited to your organization and industry.

When choosing a platform for your business, consider a few things. These criteria are crucial because they allow you to compare enterprise blockchain platforms and observe how they perform in different segments. This will undoubtedly assist you in deciding which one to choose.

Please note that Bitcoin is not among the top five systems; instead, consider Ethereum, Hyperledger Fabric, R3 Corda, Ripple, and Quorum. In fact, when it comes to enterprise Blockchain applications, it does not even make the top 10 list. This will undoubtedly assist you in deciding which one to choose. Let's take a look at each of the five platforms individually.

Founded by the 22-year-old Russian-Canadian Vitalk Buterin, Ethereum is one of the most mature enterprise blockchain platforms available today. It's known for its robust smart contracting functionality and flexibility and is used widely across multiple industry use cases. It has the most significant number of use cases available today (50%+ in our sample set). Ethereum, like Hyperledger Fabric, has a robust online support community and regularly updates and improves its product. 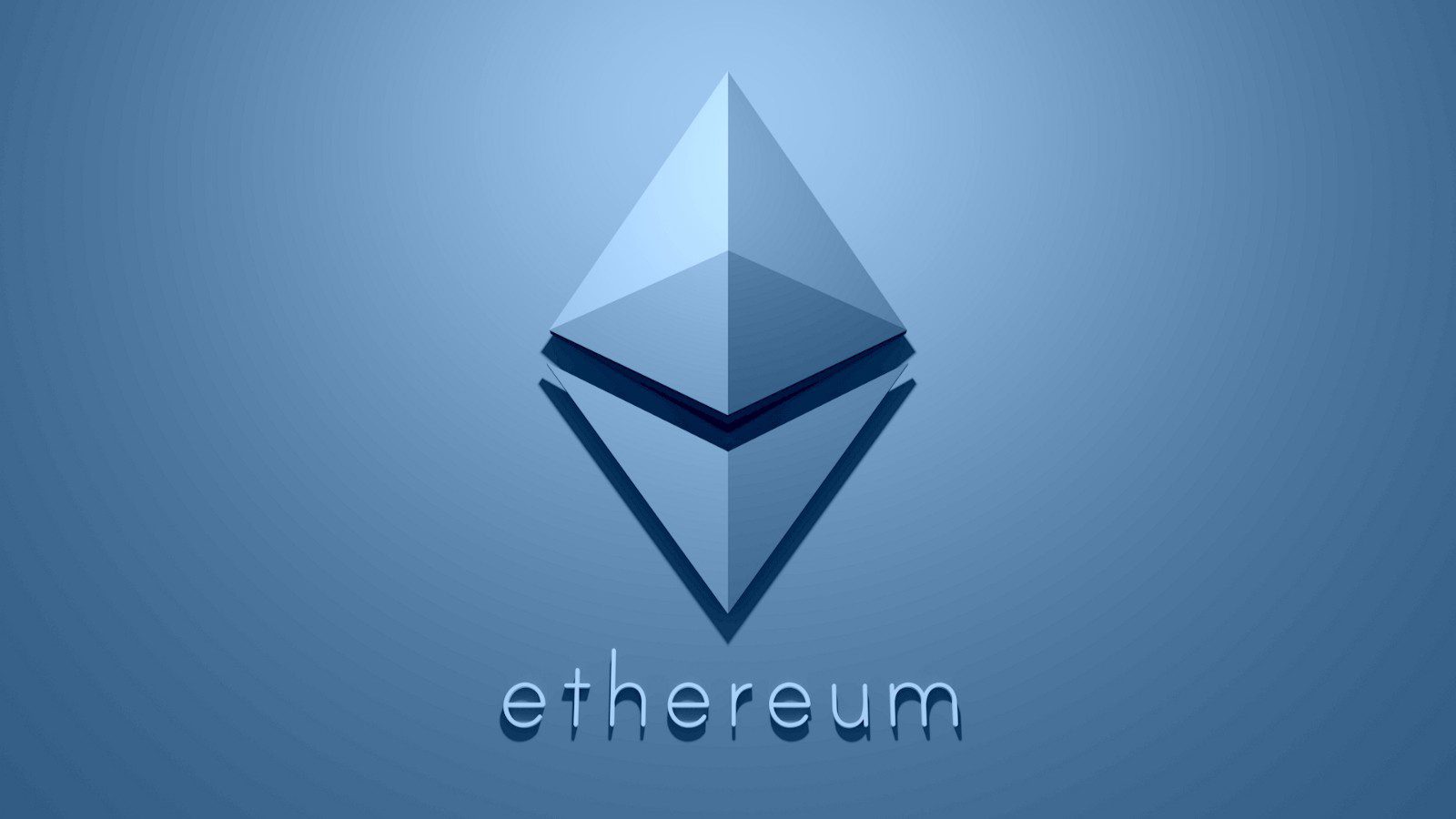 Despite its extensive use in commercial applications, it's vital to remember that Ethereum is a permissionless (or public) platform built for broad consumption rather than restricted access (a typical requirement for privacy requirements in enterprise use-cases). It's also based on proof-of-work (PoW), which isn't the fastest (perhaps leading to latency difficulties) and is a power hog. However, future versions may switch to a quicker proof-of-stake (PoS) consensus process.

Hyperledger is an open-source collaborative aim to improve cross-industry blockchain technologies, hosted by the Linux Foundation and debuted in 2016.  Creating enterprise-grade distributed ledger frameworks and codebases is one of its main objectives. In finance, banking, the Internet of Things, supply chain, manufacturing, and technology, Hyperledger has 185+ companies working together.

Hyperledger Fabric is one of eight active Hyperledger projects, initially contributed by IBM and Digital Asset, kicking things off. Its modular architecture makes it an appealing blockchain foundation for enterprise solutions, as it offers plug-and-play components around consensus and membership services. It recently declared the release of Hyperledger Fabric 1.0, which the company claims are enterprise-ready.

R3, launched in 2015 by a group of some of the world's largest financial institutions, has developed Corda, an open-source distributed ledger platform. Its partner network has swelled to more than 60 companies. While Corda was created with banking in mind, it now finds applications in the supply chain, healthcare, trade finance, and government. 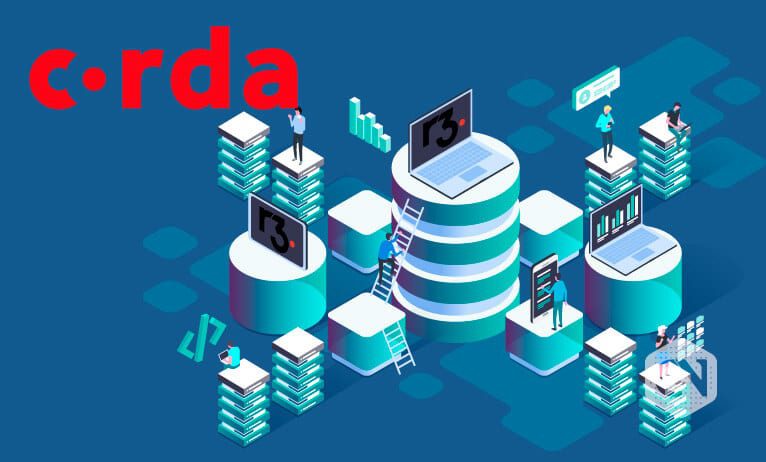 Corda does not include any built-in tokens or cryptocurrencies. It's a permissioned blockchain because it limits access to data within a contract to just those who are explicitly authorized to see it rather than the entire network. Its consensus system considers the realities of negotiating complex financial agreements. It's also recognized for focusing on interoperability and making legacy systems easy to integrate.

Ripple, formerly known as Opencoin, was launched in 2012 and renamed Ripple in 2015. Its goal is to use RippleNet to connect banks, payment providers, digital asset exchanges, and corporations for near-free global transactions with no chargebacks. It facilitates international payments through its digital asset "Ripples or XRP," which has become one of the most popular cryptocurrencies, trailing only Bitcoin and Ether in popularity. XRP is said to be faster and more scalable than most blockchains (4 seconds payment settlement vs. 1+ hour for Bitcoin and 1,500 transactions per second vs. 3-6 for Bitcoin).

It has over 100 customers, with 75+ clients in various phases of commercial deployment, for three primary use cases: cross-border payments (xCurrent), lowering liquidity costs (xRapid), and transmitting payments across several networks (xVia).

Quorum was created by J.P. Morgan in 2015 and is based on Ethereum. It is intended for use-cases needing high-speed and high-throughput processing of private transactions with a permissioned group of players. The Proof of Work (PoW) consensus algorithm is not used.

Nonetheless, it uses vote-based and other algorithms to execute hundreds of transactions per second, depending on how smart contracts and networks are designed. Quorum is built to grow and evolve in tandem with Ethereum.

Because it only makes minor changes to Ethereum's core, Quorum can swiftly and smoothly incorporate most Ethereum updates. Quorum, like Ethereum, is open-source, free to use indefinitely, and encourages experimentation.

3. The Bottom Line: As Enterprise Adoption of Blockchain Increases, Blockchain Platforms will Consolidate and Collaborate

With new platforms, features, and releases appearing all the time, the blockchain world advances quickly. On the other hand, ambitious businesses are keen to be ahead of the curve with their disruptive potential.

Meanwhile, enterprise adopters are confronted with a lack of standards and interoperability concerns, particularly when they move from pilots and proofs-of-concept to full-fledged production settings. The blockchain ecosystem is evolving similarly to the Internet for permissionless networks and the cloud for permissioned networks, with Blockchain being analogous to TCP/IP as an architectural technology. Blockchain, like any new concept, is going through some growing pains.

Like with any hyped, exciting new technology development, enterprises do not need 1,500+ different platforms. This PoV highlights the current top 5 platform players, but given the nascency of the Blockchain (almost all of these are merely a few years old), this will continue to evolve. We will quickly see a handful of real players start to dominate, investors get focused, and the ecosystem fleshes out. And we will begin to see greater collaboration between leading platforms given the market push and pulls.

For example, Sawtooth, Hyperledger, and Hyperledger Burrow are collaborating to run the Ethereum Virtual Machine, which is already showing signs of this (EVM). In November 2017, the Blockchain Interoperability Alliance was formed to collaborate on interchain transactions and communications research.

Author Bio: Ryan Allen is a content writer GoodFirms - a rating agency offering a level playing field to all software and mobile app development companies. He has a Master's degree in Journalism and is an avid non-fiction reader. 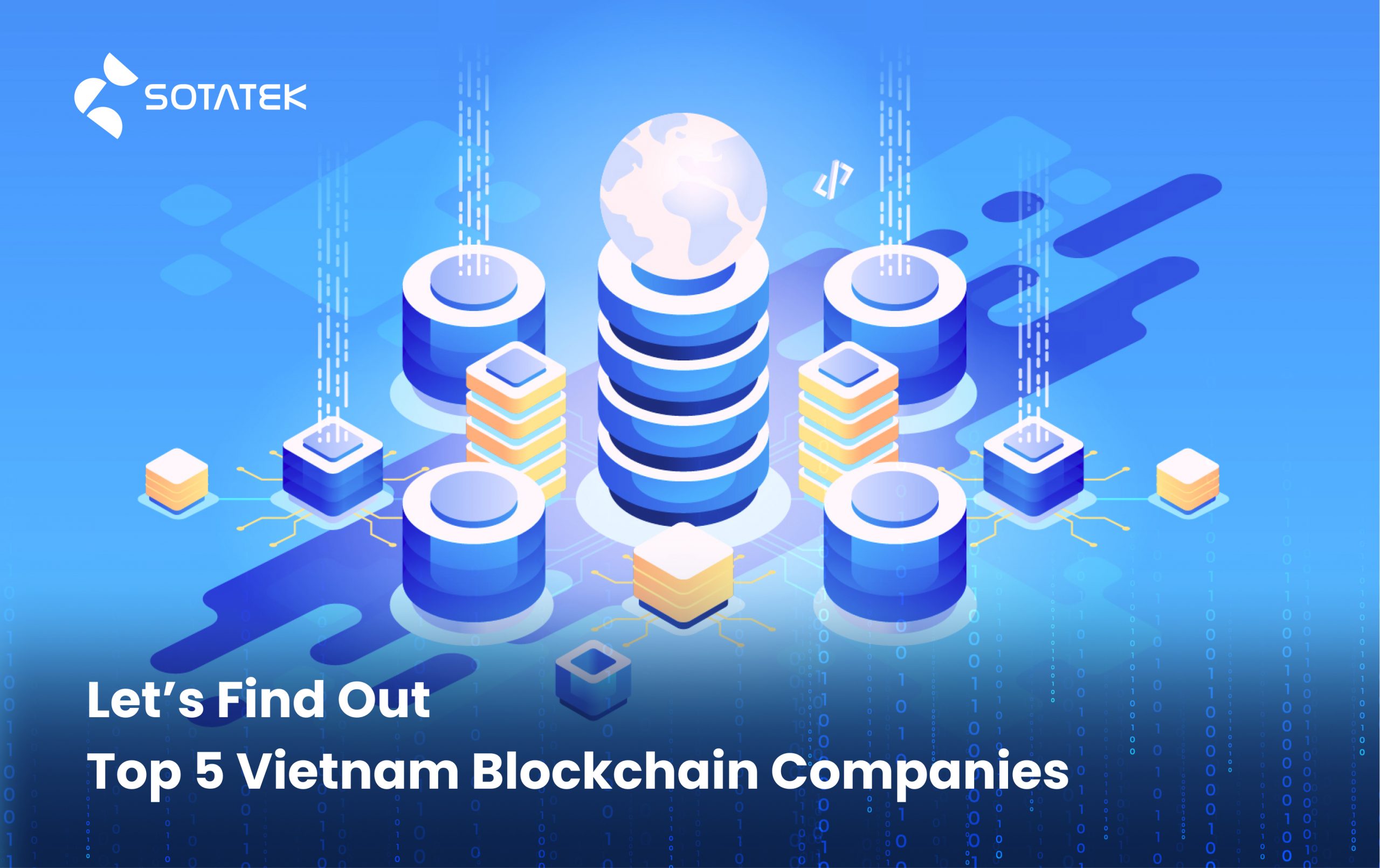 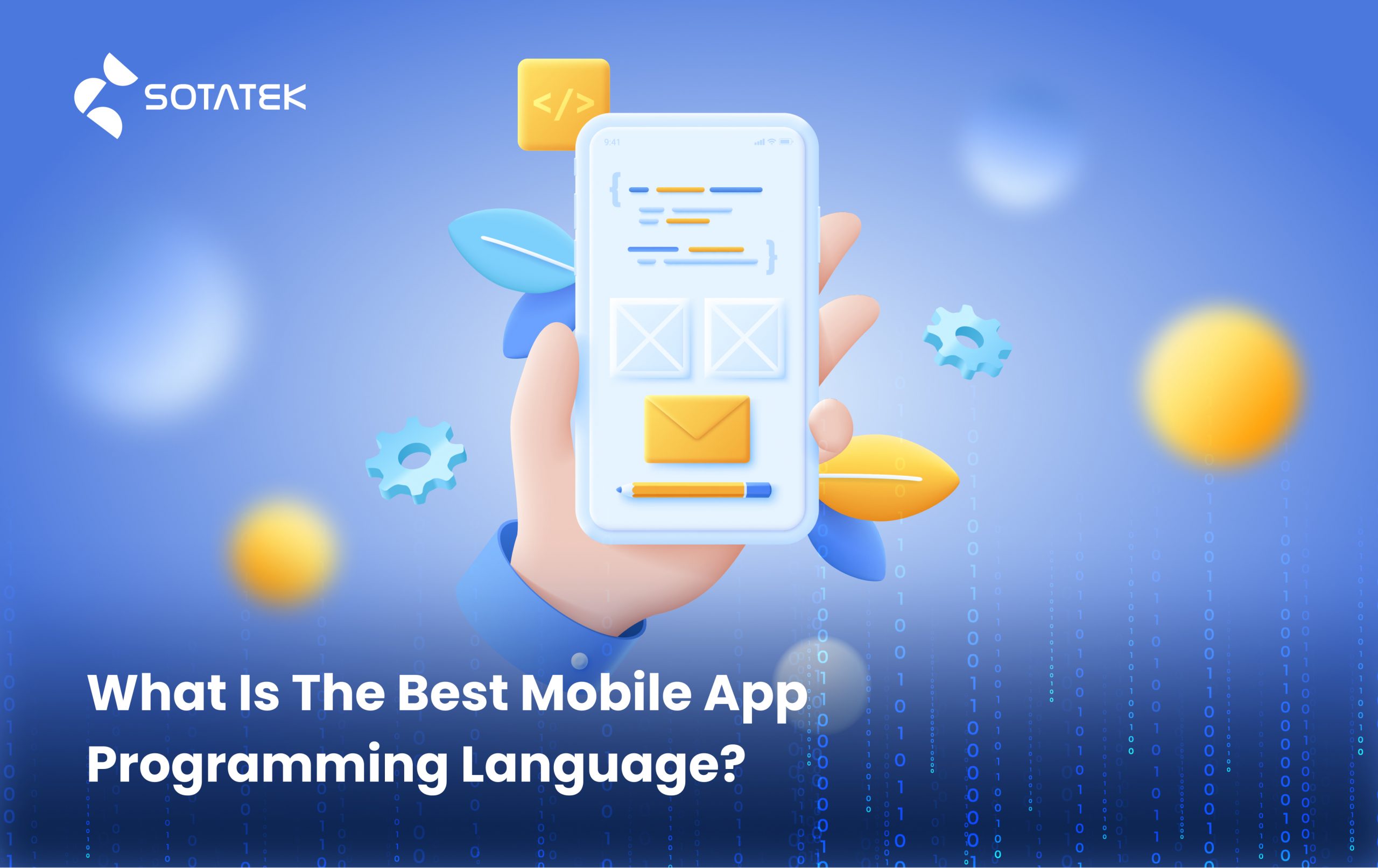 Software Development
What Is The Best Mobile App Programming Language? 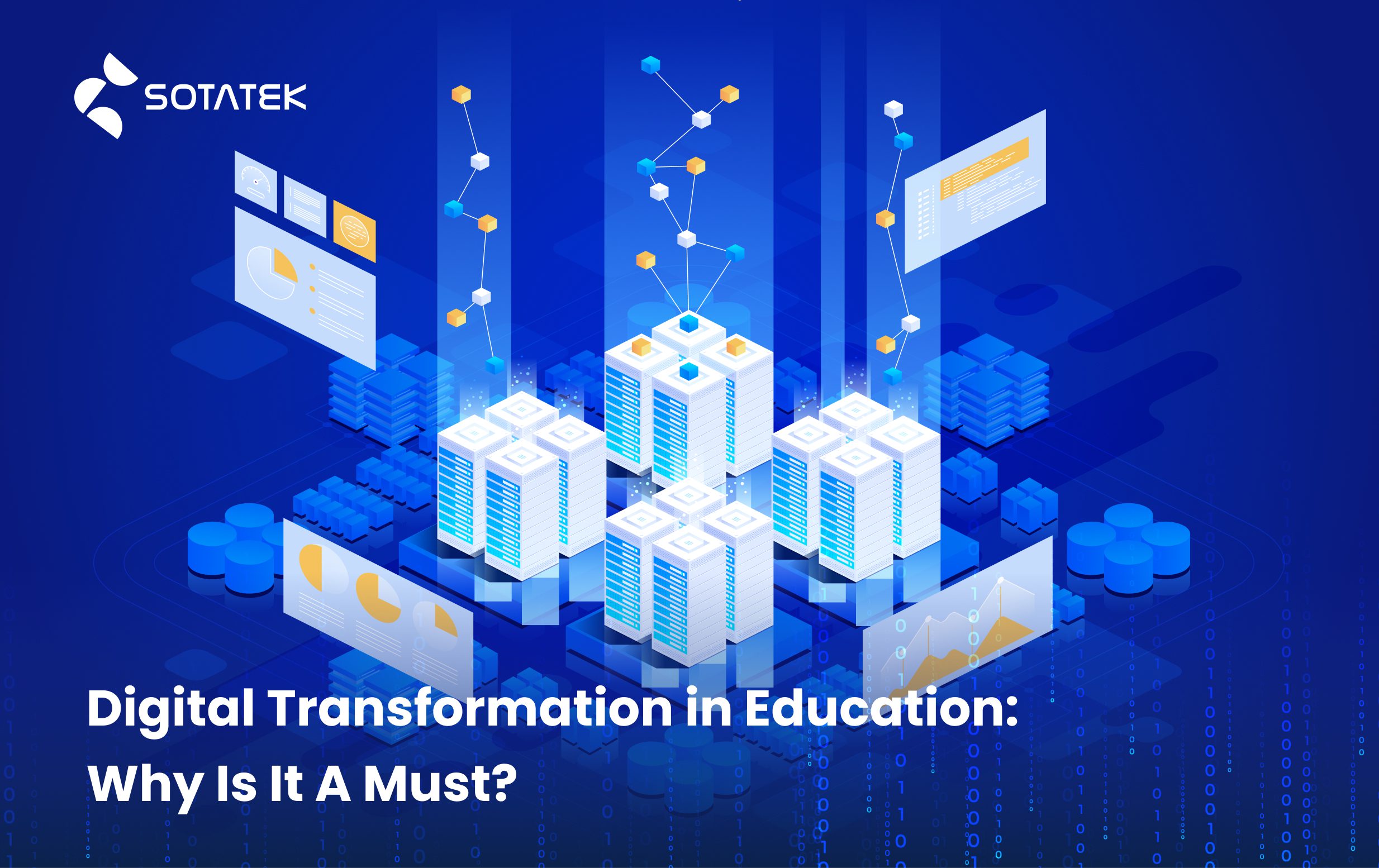 Software Development
Digital Transformation in Education: Why Is It A Must?