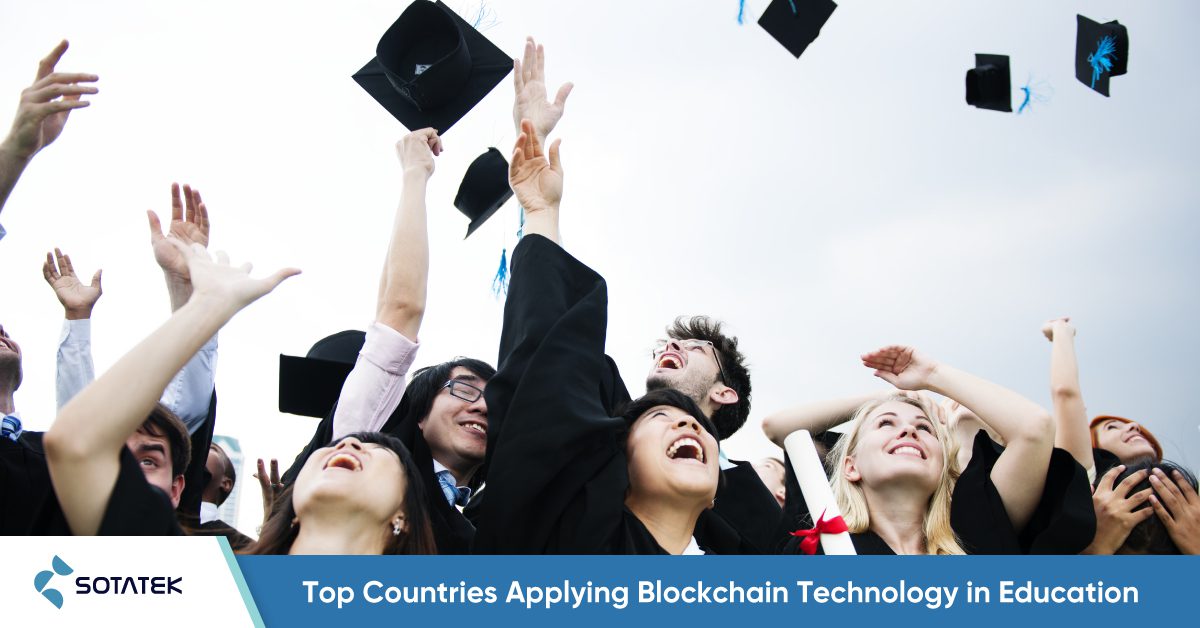 The technology of Blockchain is growing worldwide. In a short period, blockchain research and adoption rates have increased. Although Blockchain was established in 2009, only a few nations expanded their boundaries to explore its huge potential. After the beginning of 2018, however, this rate was up enormously. Regulatory measures were initiated in blockchain markets by the leaders of many nations, directly or indirectly.

One of the important adoptions of blockchain technology in the education sector is to assist prevent certificate fraud and allow relevant stakeholders to verify the validity of certificates in real-time, with its exclusive security guarantee. That’s why its enormous potential is explored by different countries. This article includes Top Countries Applying Blockchain Innovation in Education Sector to assist tackle various challenges. Let’s find out!

Referring to the leading countries applying blockchain in the education sector, we cannot fail to mention Malta, the country is known as “the island of Blockchain”. Malta became the first nation-state to use Blockchain technology in education in 2017. To explore the opportunity for using a digital credentialing platform developed over Blockcerts, Malta’s Ministry of Education and Employment signed a Memorandum of Understanding with a multi-national company named Learning Machine for four separate pilot programs within public institutions on 18 January 2017.

Since 2016, the Ministry of Education and Employment (MEDE) has explored the possibilities of education technology blockchain. The possibility for notarial study certificates in the blockchain utilizing an open standard in Malta has become a persuasive proposal.

Successive Malta administrations were interested in the speedy deployment of “ready-to-use,” short and medium-term technology that might benefit citizens, as well as promote Malta’s developing reputation as an Island Laboratory to test and implement innovative technologies. The blockchain in education pilots was identified as potentially contributing to Malta securing a competitive advantage over other jurisdictions looking at the blockchain for the internationalization of core products and services.

The fourth industrial revolution provides all developed and emerging countries equal opportunities. In Vietnam, using and trading fake certificates is an urgent problem that must be resolved to ensure the reliability of the national education system. Currently, there is no method in place that can bring all educational records in one location effectively and be fully safe, permissible, and accessible. To tackle this problem, Vietnam attempts to be one of the countries applying blockchain in education to deal with social problems in general and certificate management.

The news comes courtesy of Vietnam’s Ministry of Education and Training (MOET), which announced that blockchain technology would start to be used to issue diplomas in 2021. Vietnam’s MOET has entered into an exclusive agreement with SotaTek & TomoChain to archive student records on a blockchain. The Blockchain system developed by SotaTek and the MOET would handle all data and records regarding educational diplomas and certificates in Vietnam, with optimal capacity and minimal fraud, following a November 2020 statement.

The National Qualifications Archive (NQA) program will be the very first project of any ministry in Vietnam applying blockchain technology. The NQA system is set to be implemented nationwide for the 2020–2021 school year to store and access all educational records under the purview of MOET, beginning with Vietnam’s High Schools, Universities, and Foreign Language Institutes. According to the announcement, the National Qualifications Archive program will upload all certifications to the public blockchain to create a transparent and immutable record.

“With the strong spirit of innovation of the whole society and Government’s Parties, the application of 4.0 technology is expected to drive future developments. The Ministry of Education and Training is also not out of this trend, and many 4.0 technology applications adopted by schools, Departments and Ministries have proven that the application of new technology helps solve long-standing problems faster, more effectively, and more cost-savingly. Diploma and certificate management is one of the issues that need to be renovated by technology, which is significant for the whole society and cost-efficient for the diploma management system in particular and the education sector in general.” said Nguyen Van Phuc, Department Minister at the MOET.

Korea is not only one of the pioneering countries applying blockchain in education, but this country has also gained a lot of achievements through broad blockchain adoption in sectors such as banking, logistics, IP rights, trading, and medicine. Although Korea has a big share of blockchain implementation as the latest technologies are quickly adopted, Korea’s blockchain ecosystem remains a progressive phase.

As of 2018, the South Korean government had agreed to invest about $9 million to assist the development of blockchain technology in the nation, with intentions to carry out six blockchain project pilots. The country’s Ministry of Science and ICT said that it will collaborate with government entities to conduct blockchain pilots in the public sector. The government’s program focuses on cattle supply chain management, online voting, cross-border e-document distribution, customs clearing, shipping logistics, and real estate transactions. The program’s major goal is to increase openness and efficiency in information exchange across public services via a distributed network.

In terms of education, South Korea’s Ministry of Science and Technology has taken the initiative to teach the future generation of blockchain professionals. The government was influenced by the inaugural blockchain-focused lecture given by the ministry’s Information and Communication Division in September 2018. The speech led to the South Korean government investing $90 million to create a “blockchain technology development strategy” course. A total of 42 individuals were picked for the training courses following a process of interviews and applications. Students enrolled in this course will receive eight hours of instruction each day as well as blockchain training over the following six months. The program’s goal is to place graduates right into jobs when they graduate.

To prevent the fabrication of university degrees in Brazil, the Ministry of Education (MEC) has suggested the establishment of a Blockchain-based platform for issuing digital certificates among non-state colleges. According to Cointelegraph Brazil, MEC minister Abraham Weintraub has suggested this option, which also wants to establish cohesiveness between credentials and, as a result, provide a place for self-regulation.

According to the Brazilian daily Valor Economico, the resources for the platform’s construction would come from the private educational institutions themselves, as they will be solely responsible for granting certificates. In addition, for the policy to be implemented, the ministry would need institutions to establish an autonomous department in charge of maintaining the blockchain-based platform. According to local media, at least 14 private institutions are interested in the government’s proposal to deploy such technology.

According to Gilberto Garcia, former president of the National Education Council, this plan also entails the publication of all historical data of educational institutions, which would be part of the openness that the blockchain system can provide. The ministry’s plan attempts to address a long-standing issue in the country: the issuance of forged university diplomas, which has been the focus of local press headlines for years. That same year, the MEC made it necessary for both public and private educational institutions to provide diplomas in digital form.

As an official contractor of a Joint Name Contract to construct the Public Blockchain System granted by the Vietnamese Ministry of Education and Training, SotaTek implements blockchain technology to handle an entire nation’s demand, add transparency, efficiency, and prevent fraud.

Our development team has examined significant blockchain applications in the education sector and looked at examples of the companies that utilize them. These include Blockchain decentralized libraries, security, and smart contracts. Stakeholders will enjoy better value in the middle of a significant shift in the education sector. Efficiency, trust, and responsibility are also the building elements at SotaTek.

SotaTek developers offer enterprise-grade blockchain solutions, consulting, and bespoke development services. Our blockchain professionals will help you provide your school with a high level of mobility and security by integrating the latest distributed heading technology, identification systems, and smart contracts. Ask our blockchain specialists to help you integrate blockchain technology into your educational institution now. 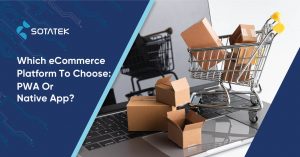 Which eCommerce Platform To Choose: PWA Or Native App?

Over the past few years, the number of consumers utilizing their mobile devices to surf the online stores and go shopping has ... 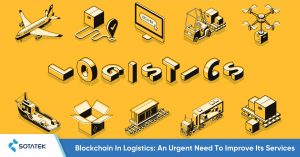 Blockchain In Logistics: An Urgent Need To Improve Its Services

Logistics is considered a lucrative sector, but many logistics companies have missed a significant proportion of profits ... 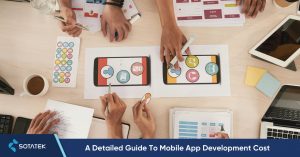